I thought with so much happening right now perhaps I should write down how our Christmas day was this year, since it was a joyfully festive one that needs to be remembered.
We woke up bright and early from Cruz’s wee noises, he stuck his cute nose along the door bottom and sniffed so vividly it made us laugh. It’s Steven’s duty in the mornings to walk Cruz but since we are in the countryside and there is no need to walk him three floors down, he just opened the door and Cruz freely run around the garden by himself. As soon as his job was done he run back into our bedroom, jumped on the bed and got under the duvet until his wet nose warmed up. This boy loves the heat!
By that time everyone had waken up and the house came back to life when we all gathered in the living room around the fire place. Steven and his mum were in charge of the breakfast preparation and the rest of us helped with the table set up, Cruz included. 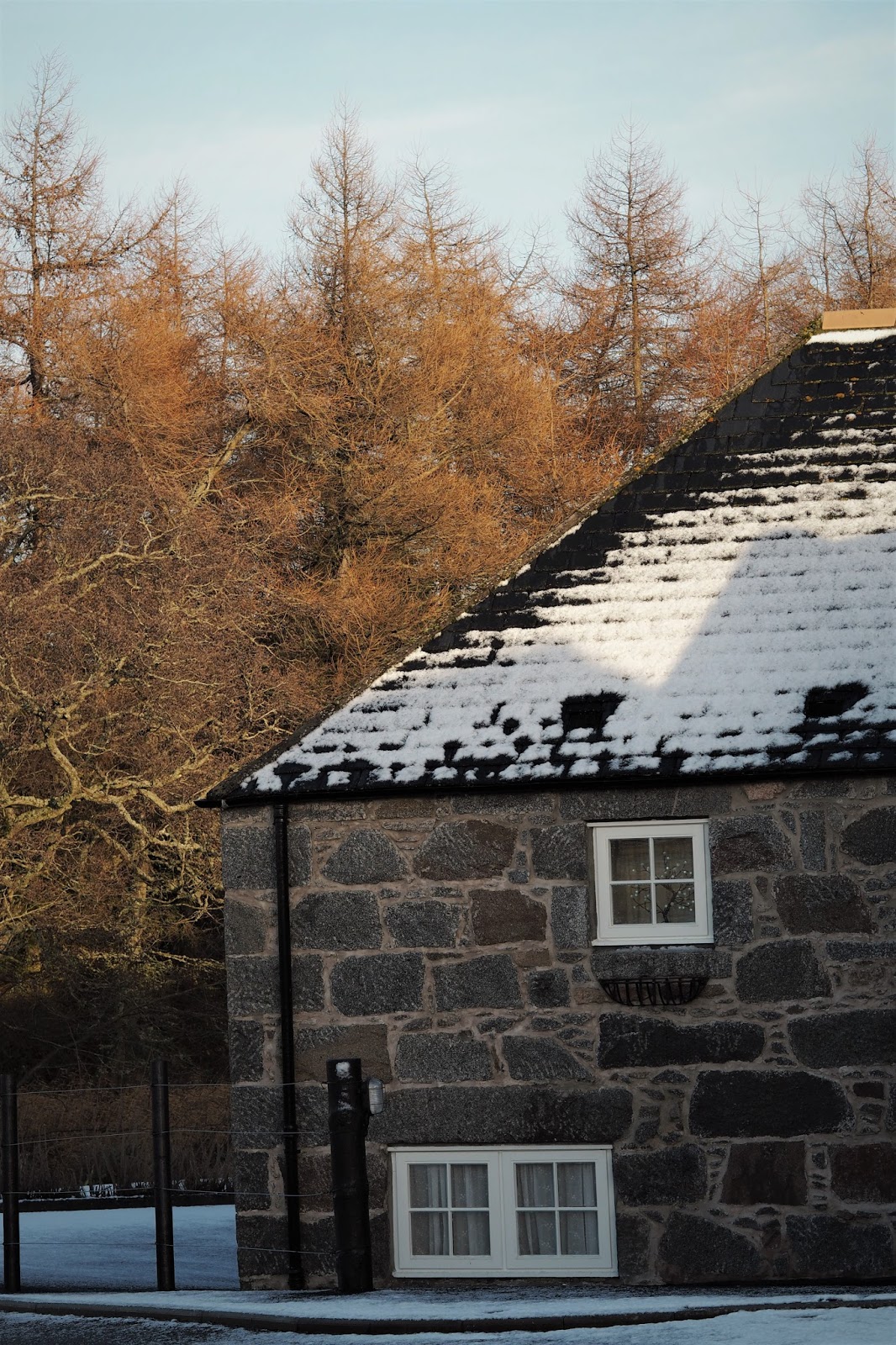 We had scrambled eggs with smoked salmon on buttered croissants and freshly roasted coffee before walking through the conservatory to open our gifts. We all settled in the room with a cup of coffee, passing boxes wrapped in pretty Christmas gift paper to each other. Steven’s mum got us a big hamper filled with cheese, wine, jam, soaps, candles and many other goodies. She also got me a pair of soft gloves, a tweed bag, a pair of slippers that look like the Ruby slippers in silver, a lovely floral lining paper for the inside of our wardrobe, loads of chocolate and a few other bits and bobs. Steven’s brothers got me a beautiful, tartan cashmere scarf that will keep me warm and cosy during the January blues, and Steven got me the loveliest of gifts! 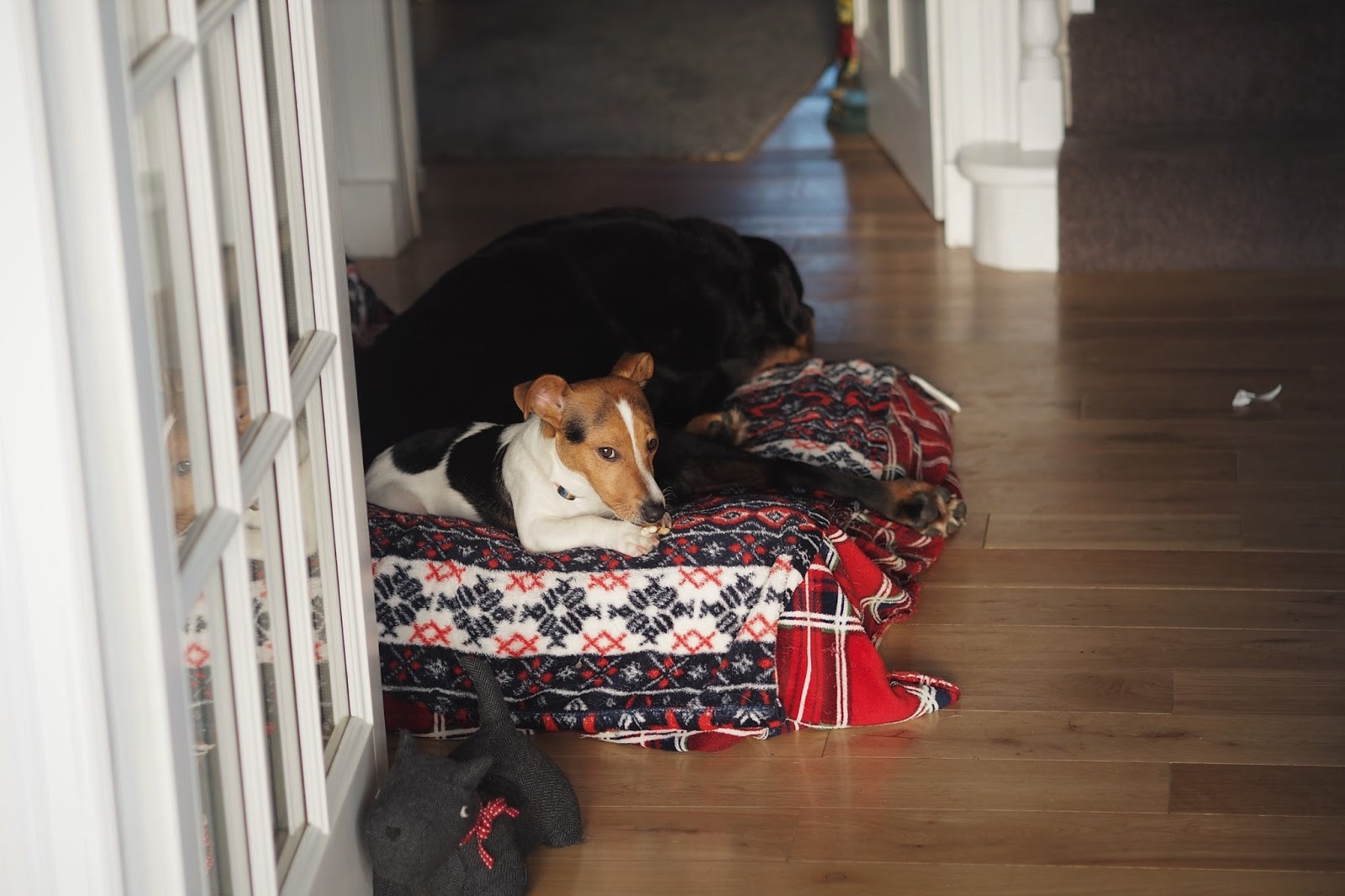 While we were shopping for his mum in Edinburgh, we stepped into one of my favourite shops, Joules, and Steven suggested buying the famous Country Tweed Fieldcoat for his mum, and spontaneously I responded::

“Oh I would love this jacket for me too, it’s the most popular Joules coat and its so very lovely!”,
and then I proceeded checking the price which left me gutted and told him
“it is too expensive to afford at the moment” (thinking that we are about to buy a house…!)

And so we left Joules and bought his mum a Laura Ashley beautiful grey coat instead, which we thought was more fancy than the fieldcoat.

When Steven and I were talking about the Christmas gifts we would buy to each other (basically trying to pick in each other’s brain) the only thing I told him was on my wishlist was the monogrammed Anthropologie mug and I was so pleased that he actually did buy me the mug!

He then handed me in another Anthropologie wrapped gift and I cried that anything from Anthropologie makes me happy and he knows me too well, and I unwrapped the gift quickly to see it was a book from Geraldine James called ‘The Creative Home, inspriring ideas for beautiful living’, which is like a Pinterest addicts heaven. Steven said he is hoping the book might give me ideas about our new house, which is clearly our favourite thing to talk about lately. 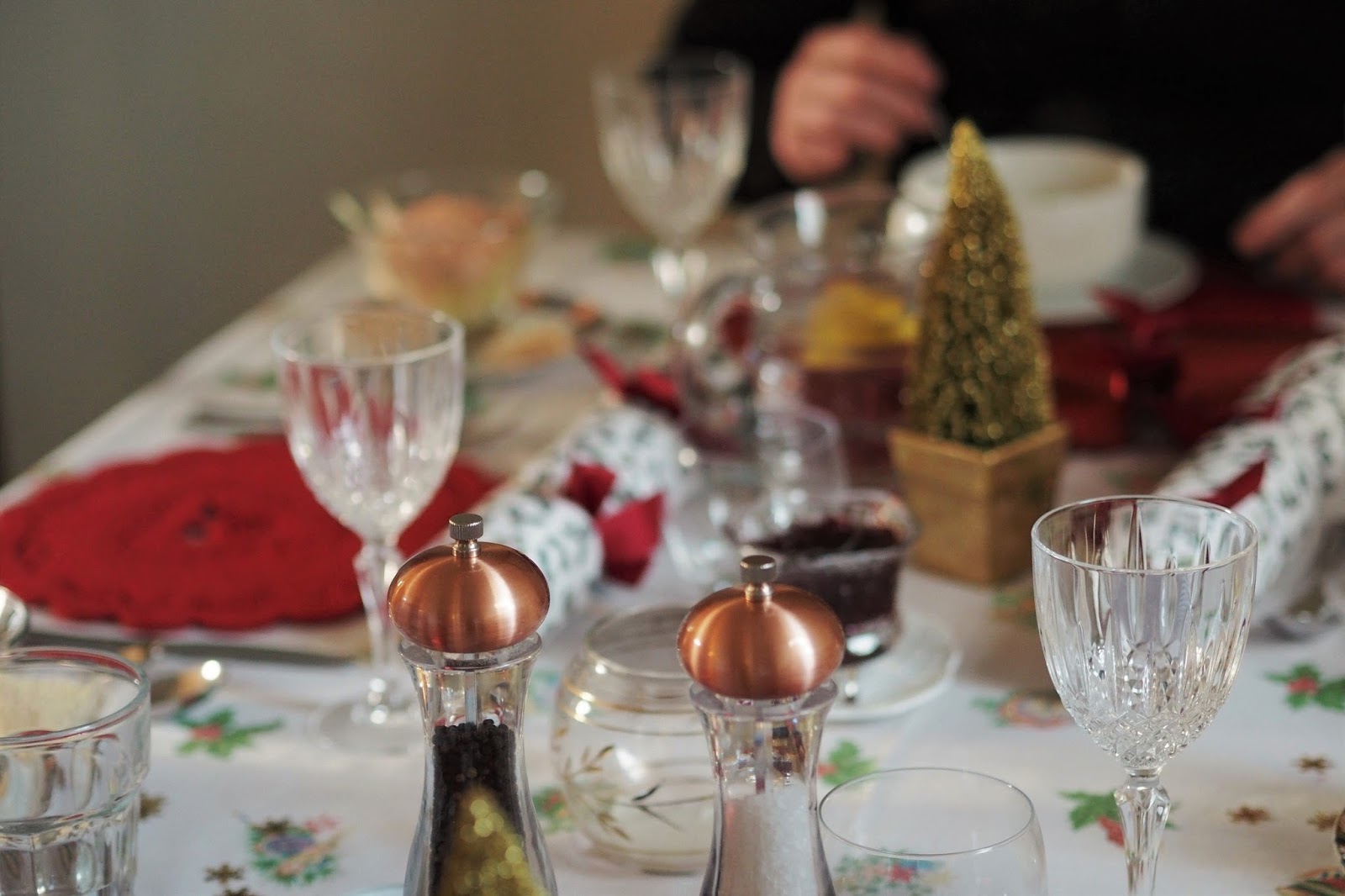 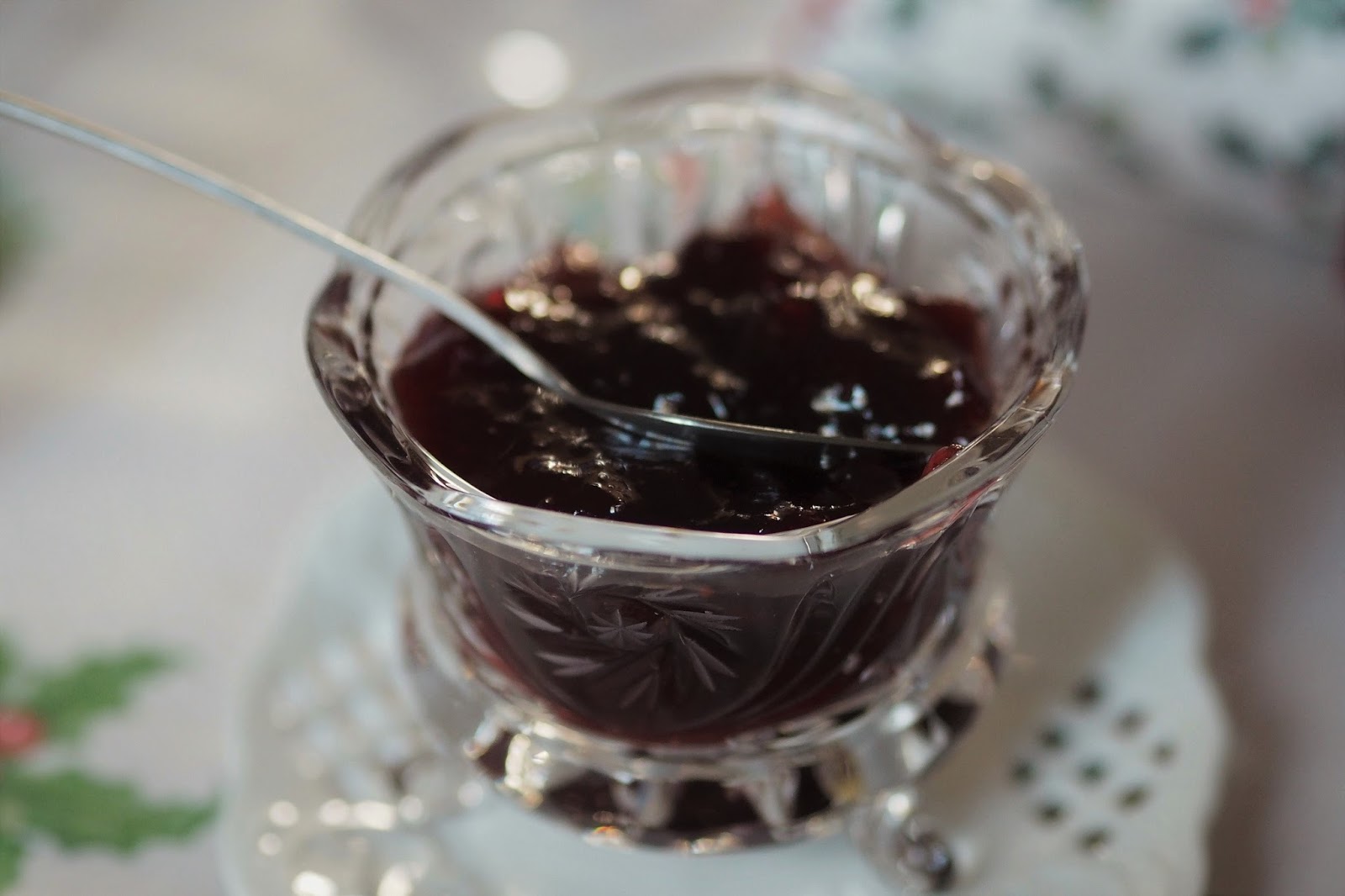 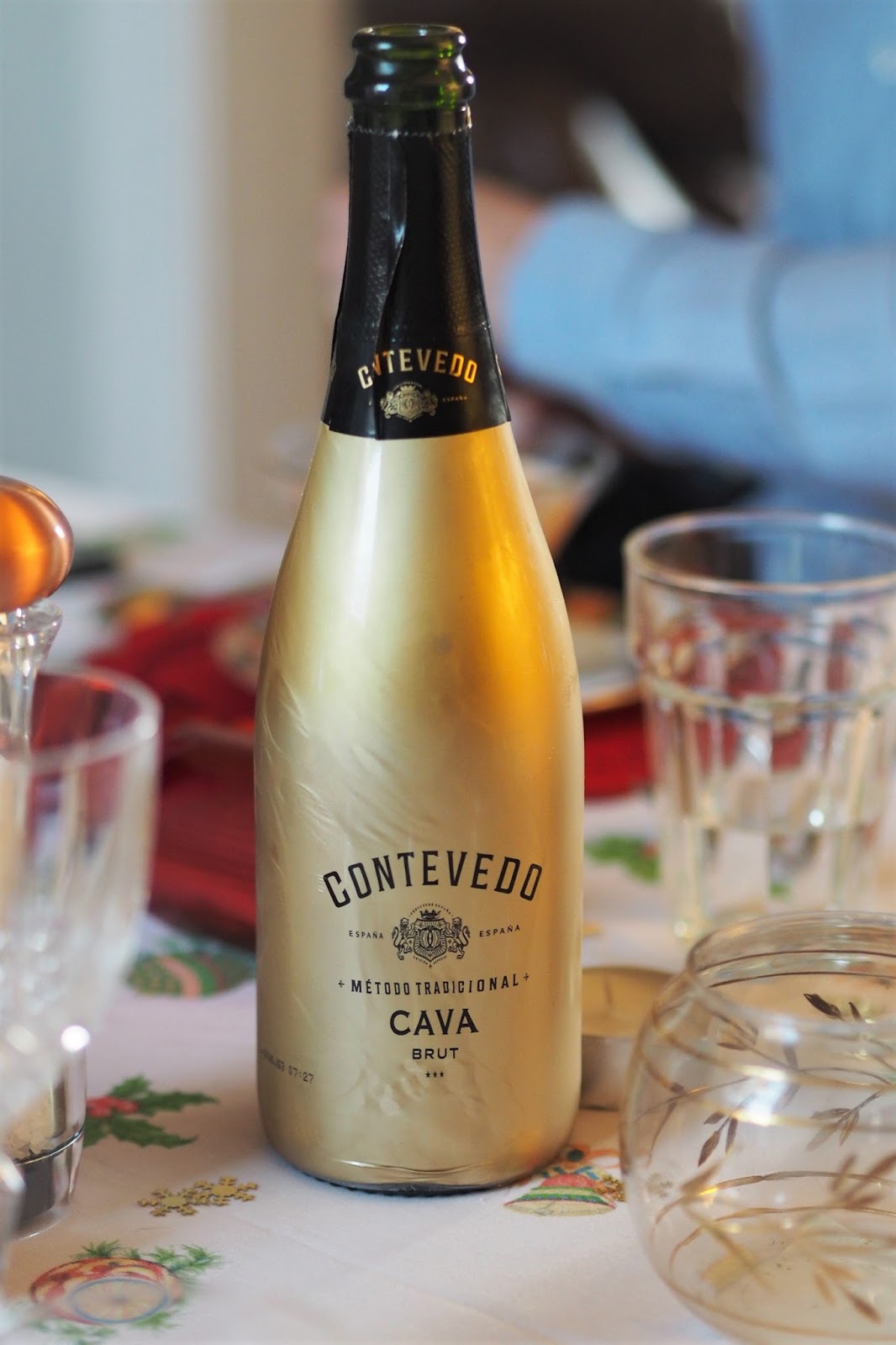 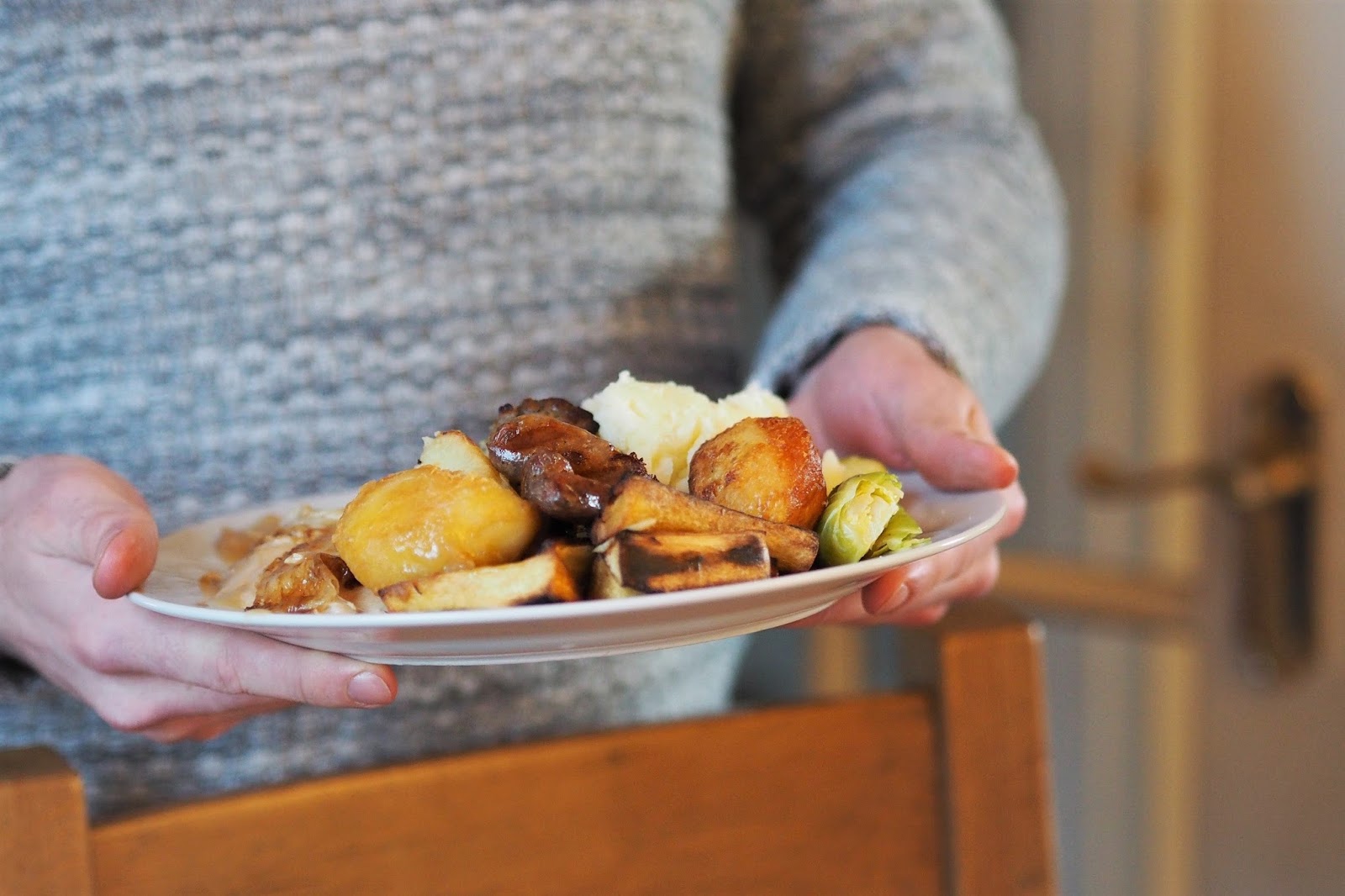 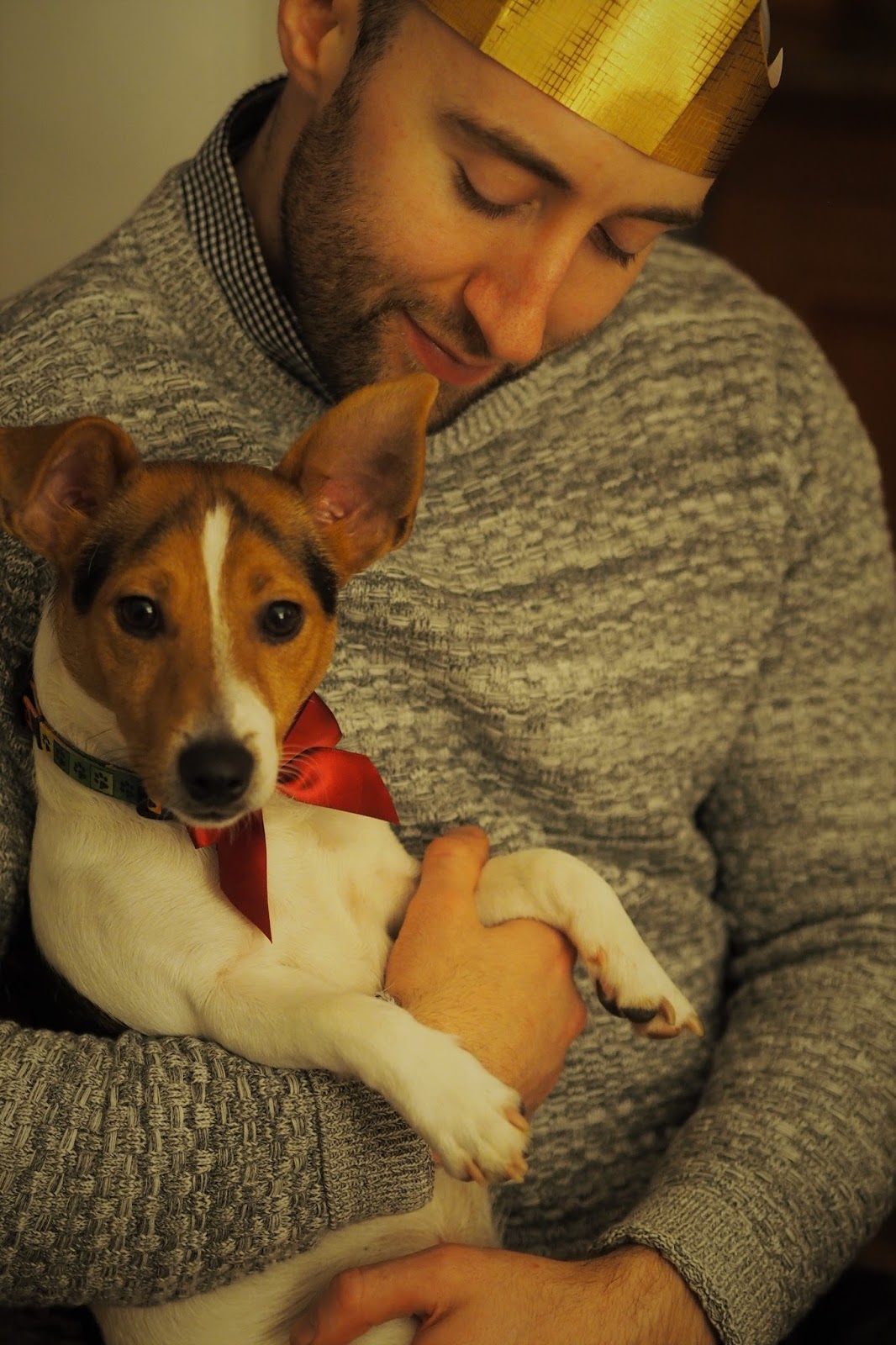 Meanwhile the rest were unwrapping their gifts and so the room was filled with oh’s and wow’s and Christmas songs paying from the radio. Cruz and Mikey also received a few boxes with dog biscuits and Cruz one with the softest, grey blanket and a beautiful grey, fleece jacket from L.L. Bean.

And while everyone was focused on their own gifts, Steven passed me a huge box to unwrap and my heart started beating fast because for a second I suspected it might what I wished for and had on top of my wishlist for years! And as soon as I opened the box and saw the first glimpse of the khaki tweed I knew that was it!!! The cheeky boy went back to Joules and got the Country Tweed Fieldcoat for me! I was so happy I haven’g gotten it off me since and even right now as I am typing this the jacket rests next to me on the armchair. 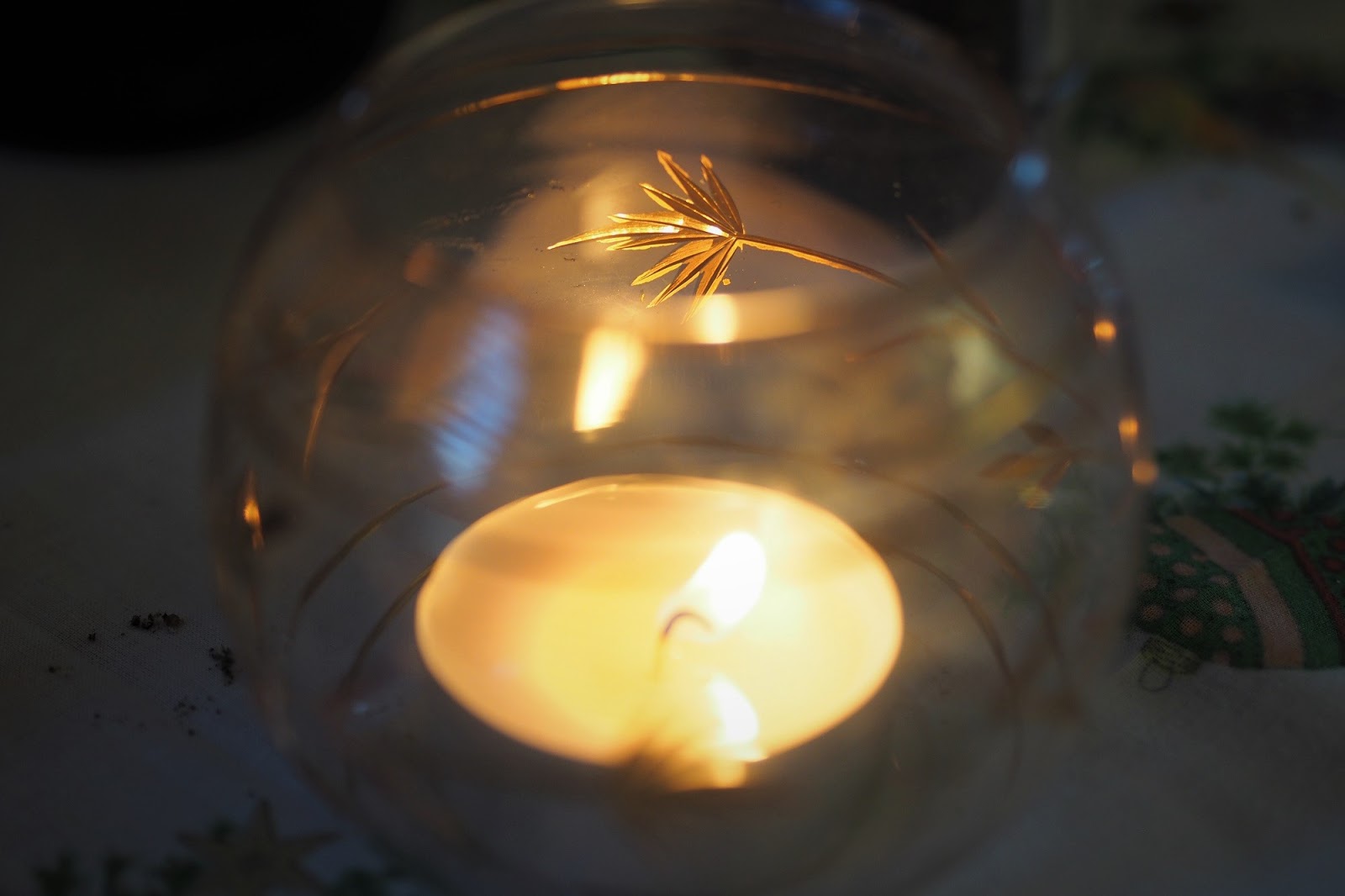 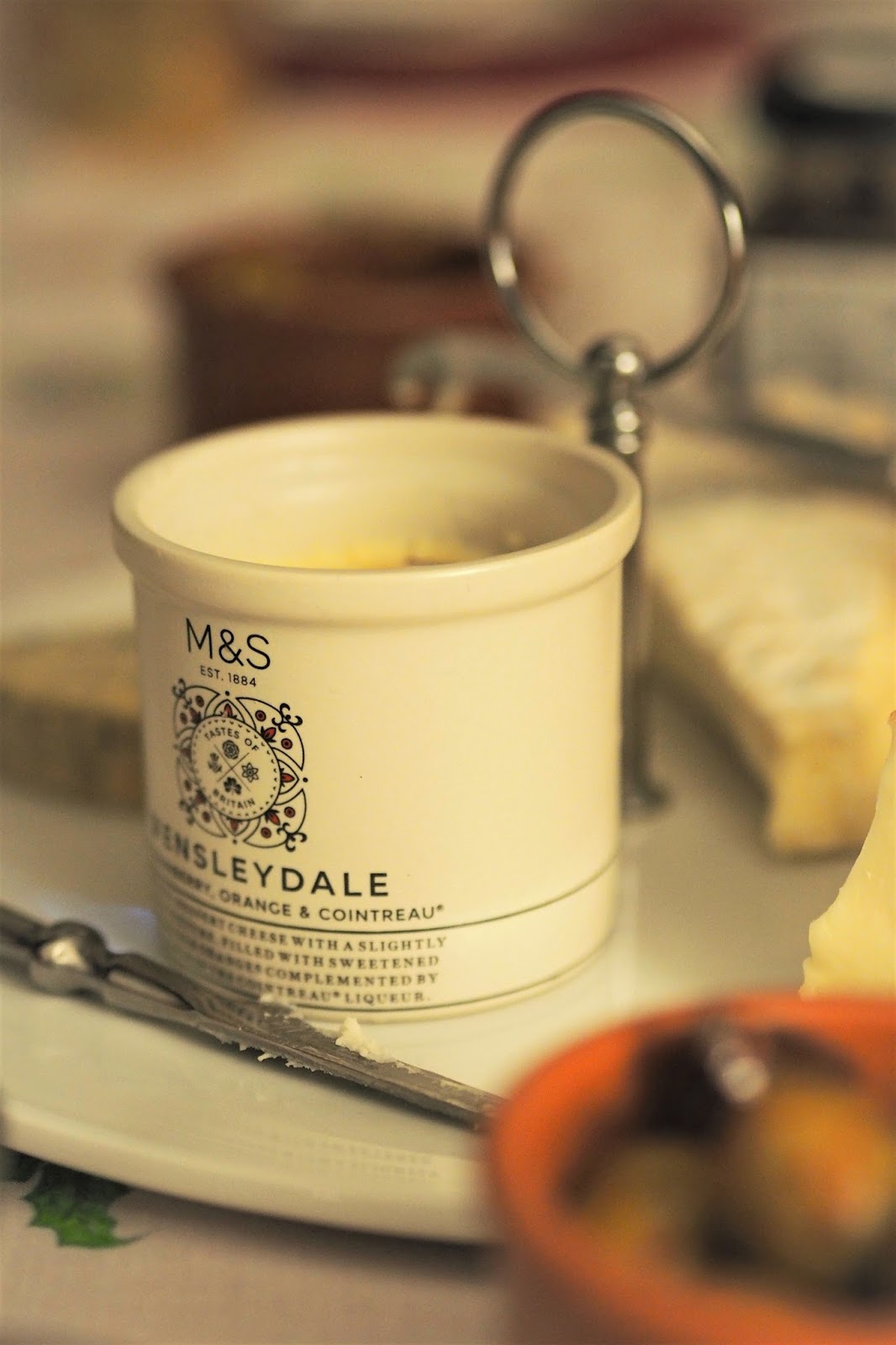 Eveyone was happy with their gifts as they were very thoughtful and on many occasions exactly what we have wished for. We stayed there for a while before going back in the living room watching movies while Susan headed in the kitchen to prepare the turkey and sides. Steven prepared us a few cocktails from the Great Gatsy Cocktail Book which we accompanied with a vast selection of cheeses and the dogs lied in front of the fireplace.
We spent the day eating, drinking cocktails, watching movies and then doing the same all over again until we were exhausted – you see, this repetitive eating drinking motto can apparently exhaust you! – and so by the end of the day we decided to go for a walk in the woods. 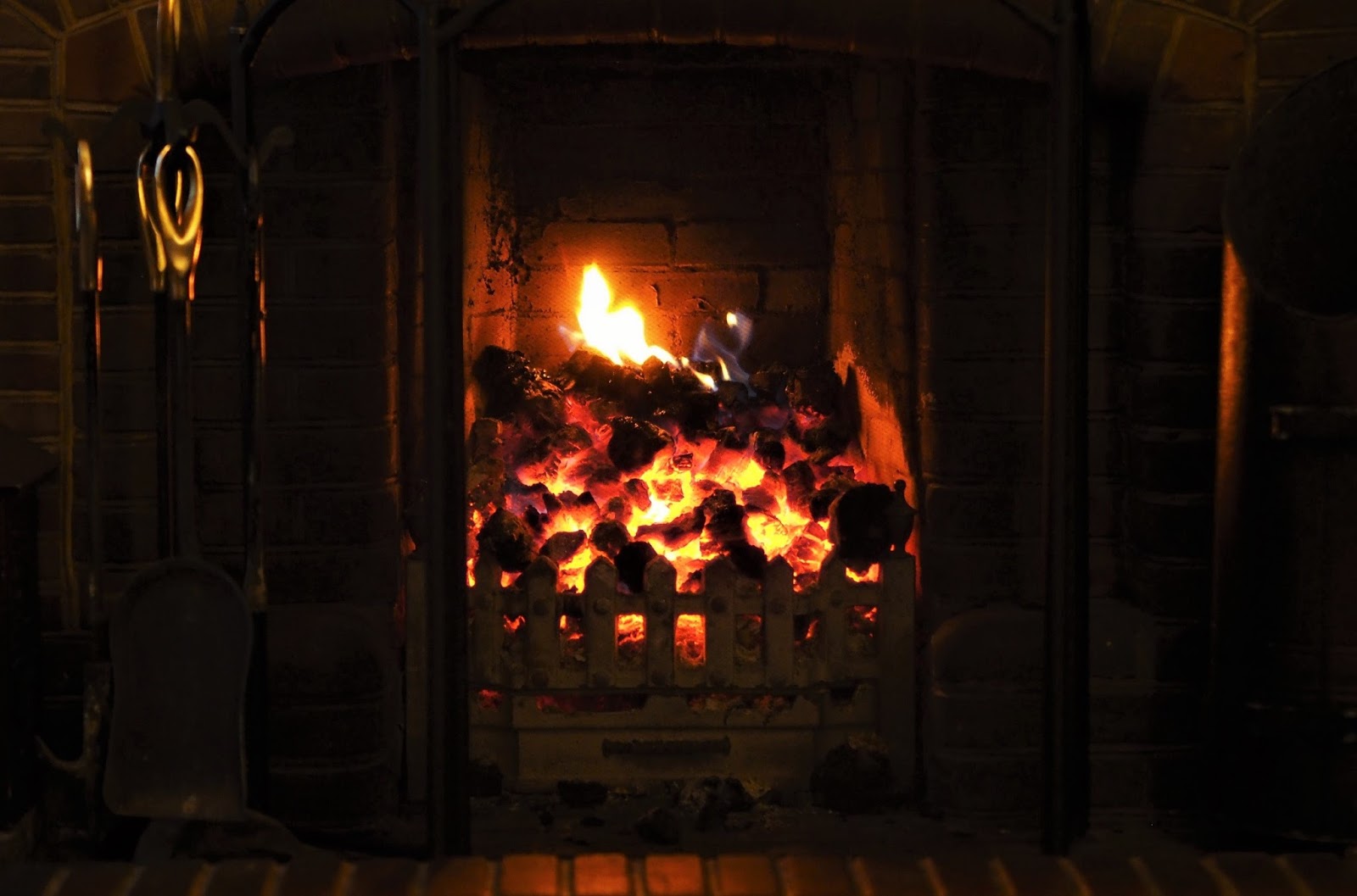 How was your Christmas Day spent? And what did you have for dinner?
Anastasia x