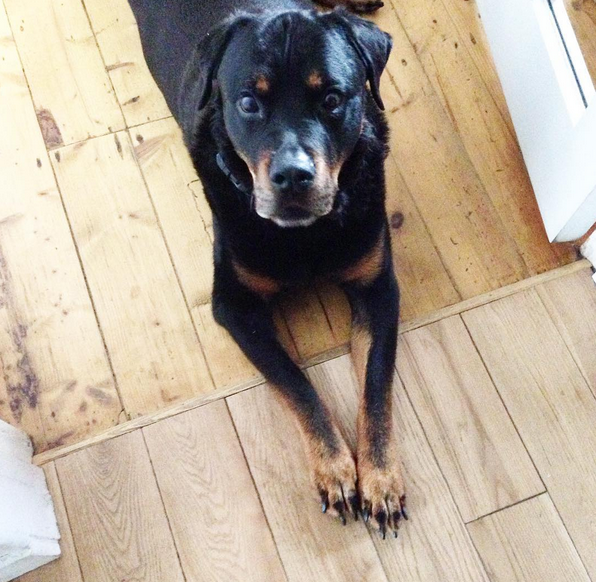 World this is Mikey,
Mikey this is the world!
…and now that we are past the introduction point
let me tell you a story about a lovely Rottweiler called..
…Mikey! 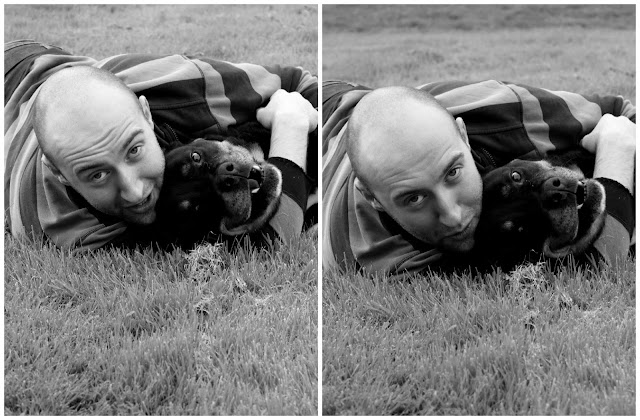 Steven’s parents had always have dogs in their house and loved them as much as their children.
When I asked Steven about his first dog he describe him as his best friend AND older brother in a family where he was the first child so no brothers were present at the time.

Years went by, dogs and more dogs came in the house until one day they decided to visit the rescue house in Aberdeen, Mrs Murray ‘s Cat and Dog Home, “just to have a look” as Steven’s mum said.
They were many dogs in the house, some left by their previous owners because they had to move out of the country and some others because they were getting older…and then it was Mikey.

A lovely, one year old Rottweiler, with gorgeous bright eyes, that had been left by his previous owners in the house because they had divorced and neither wanted him in their new lives. A sad story and rough start for Mikey’s life but with a great ending! As soon as he saw Steven’s parents he stood on his lil’ two feet and smiled at them-or so they thought-it was love at first sight but they still weren’t ready for a new dog so they left the house with empty hands.

On their way back home they both were silent thinking of the dog they left behind and if they could have a Rottweiler in the house. See there is this misinterpretation about Rottweiler’s and their-sometimes-aggressive behaviour but as with any guard dog, Rottweilers will behave as you show/raise them to be!

It took Steven’s parents a night to decide on Mikey’s future and the next morning his dad rushed in the rescue house to get Mikey back home with the fear that he was still there. See, the dogs that are left in rescue houses can stay there for a limited time because there are no big fundings to support the centres so if not adopted sadly they will be put down 🙁
Making me think why get a dog from a pet shop when you can save the life of a dog from a rescue centre?

This is exactly what happened to Mikey and his happy ending 🙂
He got finally adopted by Steven’s family and since then he has been loved like a human, living in a big house, having a comfy bed to sleep and a huge garden to run around. He has traveled around every corner of Scotland and as I am writing this he is on the back of a Porsche traveling down to Edinburgh-dog’s life, right?

Dogs give great pleasure and love to a house and even if you are a bit hesitant-like myself-always think that they are the best friend and they will never let you down, unlike humans. Me and Steven have settled down for a Jack Russell and I can’t wait to see one at Mrs Murray ‘s Cat and Dog Home or the Scottish re-homing centre to take it in my house.

So, now that you know about Mikey’s story please think if you would like to save a pet and get loads of happiness and smiles in your everyday life!!!

This post has been brought up to you as part of the Scottish Animal Week and with the hope to raise some awareness.
Thanks for reading 🙂