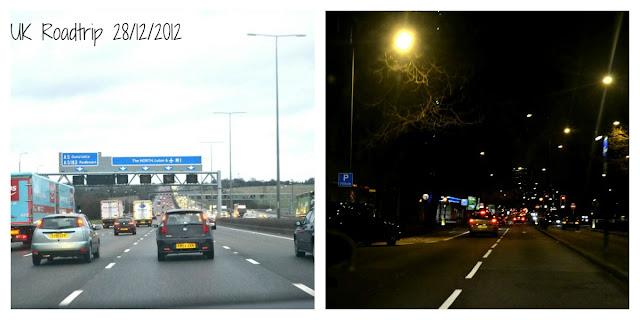 Hola lovers,
This is a quick (fashion irrelevant) post to show my appreciation to my fabulous boyfriend. As most of you know I had to move from Edinburgh to London as I start working in London at the 7th of January.
When I was announced the news of moving to London I was very happy but panicked at the same time as I had to find a place within less that a month and move my stuff.
There is no point to hide that I am a helpless materialist, namely I own plenty of unnecessary stuff like two same pairs of shoes in different colour and a vast amount of clothes that I never wear anymore. Packing and moving my stuff seemed like a nightmare to me, until the moment my boyfriend stepped forward.
He hired a van, kidnapped me, drove all the way from London to Edinburgh, got my stuff and then drove back to London. Oh! if only you could see him drive the van in the central London narrow streets! I wasnt stressed at all since he was the one to organise the whole move of my stuff. It was a long long long way but we treated it as a road trip (which kind of was). Having stops now and then to eat and sleeping (from my part) when I could. Literally the best thing he could ever do!
So this post is dedicated to him, that man who treats me as something special and calls me princess Anastasia all day long. Thank you Mr!

Visiting the British Museum + Brunching at the Breakfast Club!

Why you should travel to Greece this summer!

Sleep in Aberdeen, wake up in London!

Where to stay in Bergen : Hotel Oleana