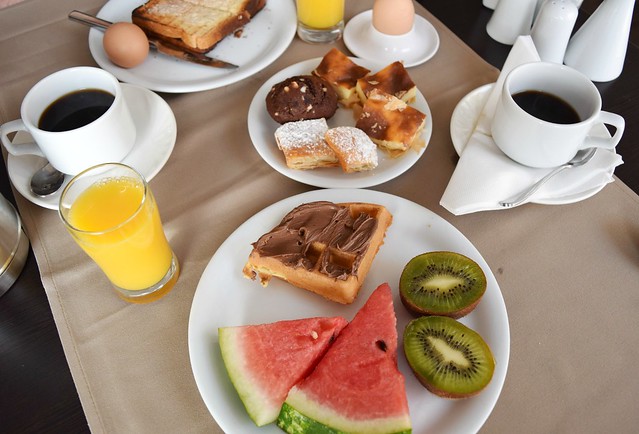 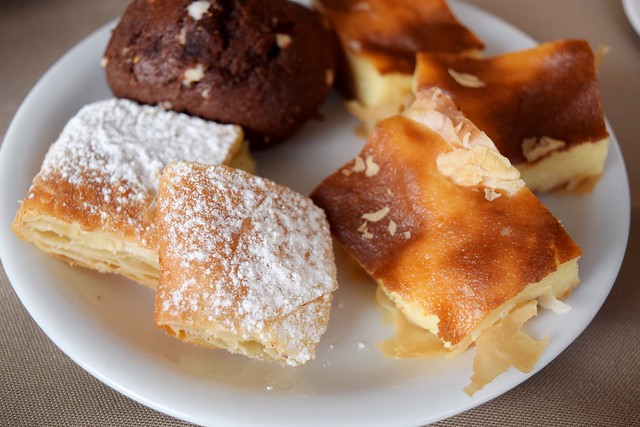 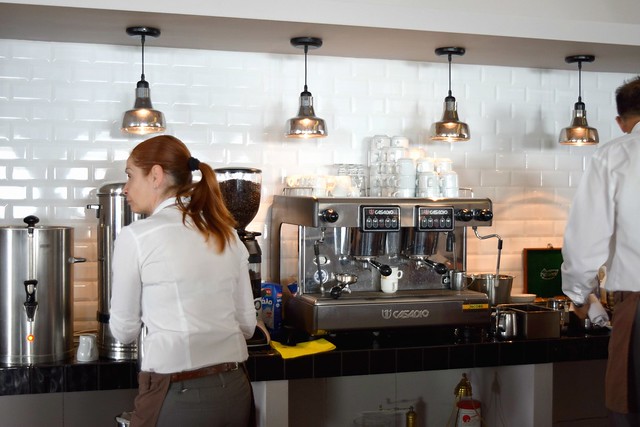 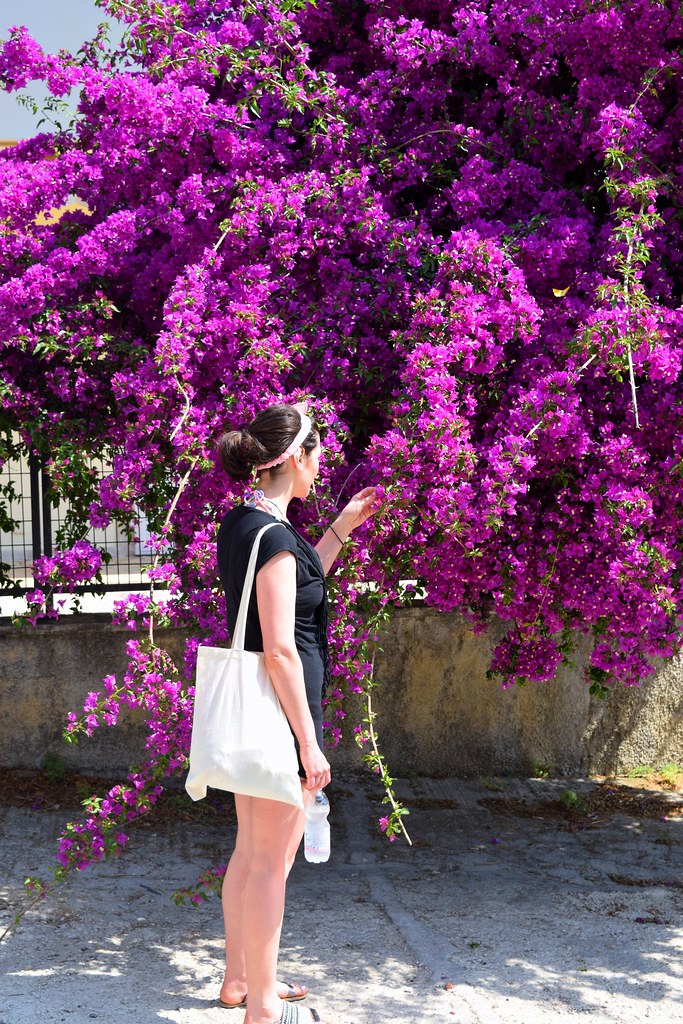 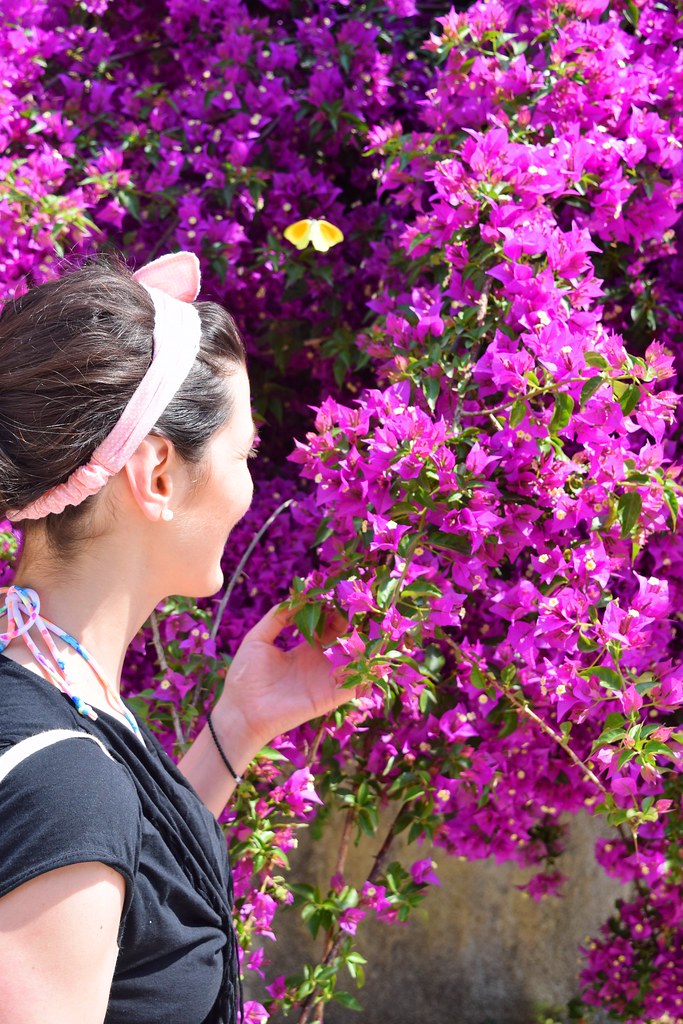 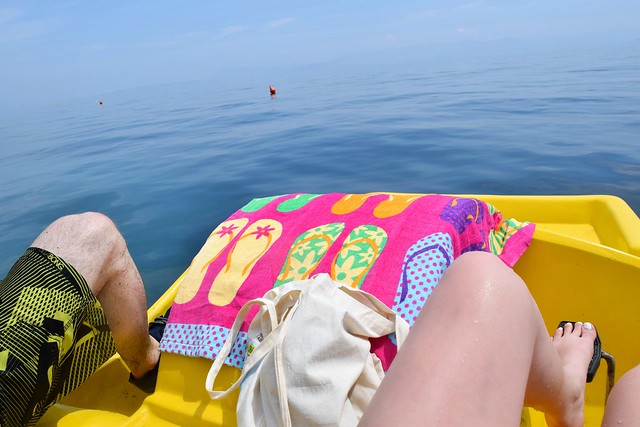 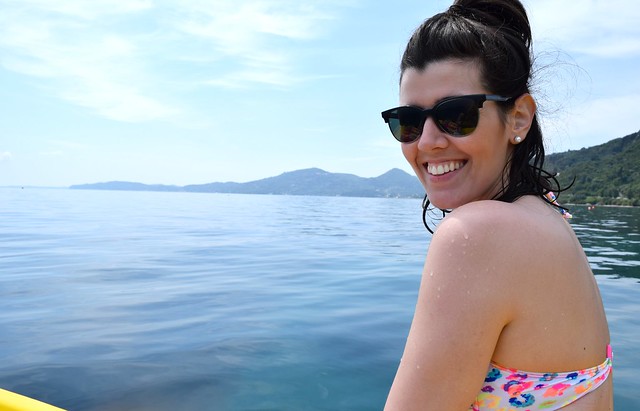 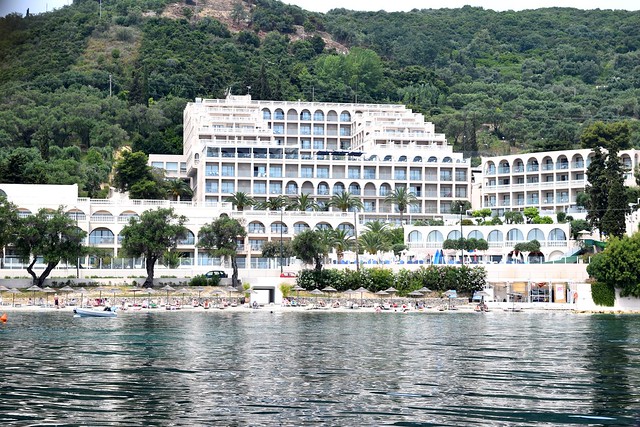 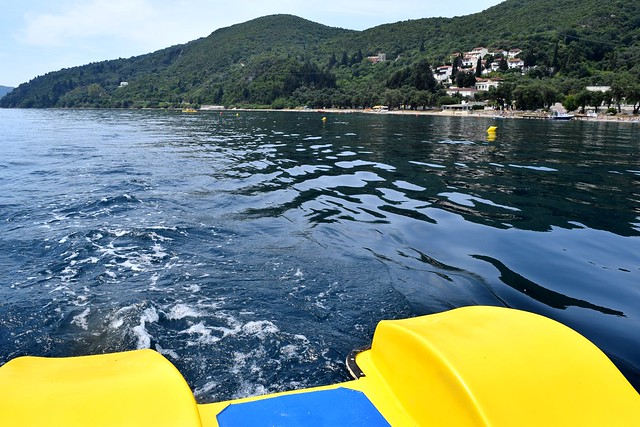 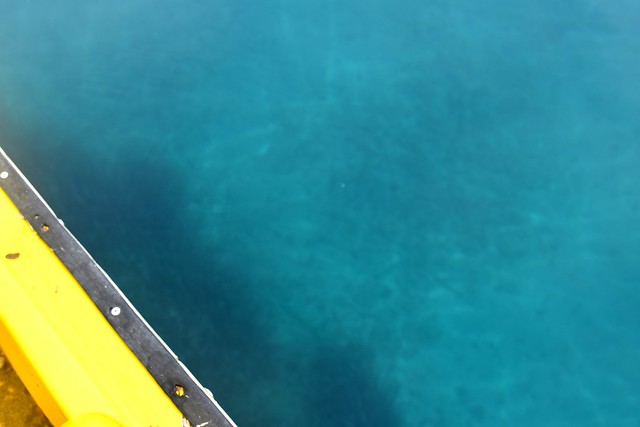 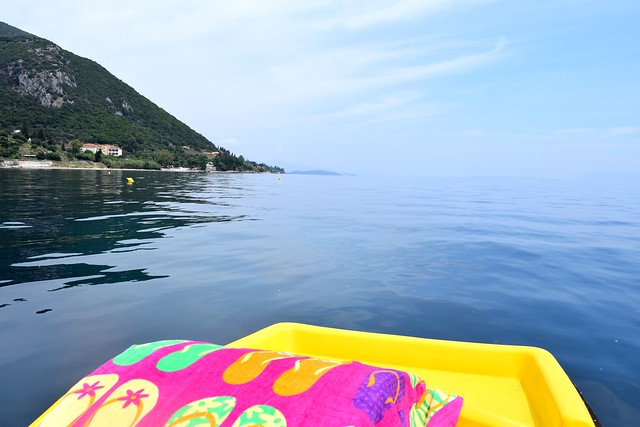 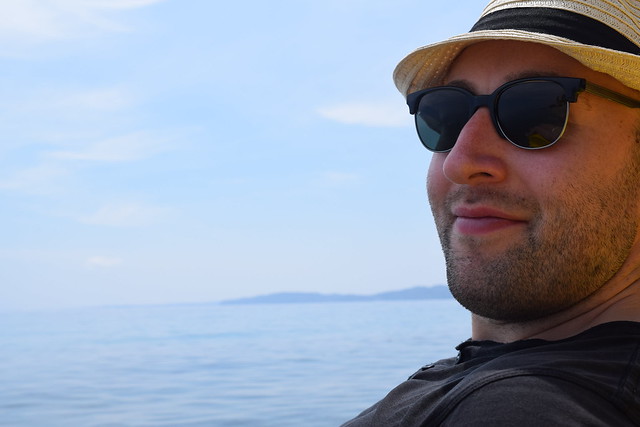 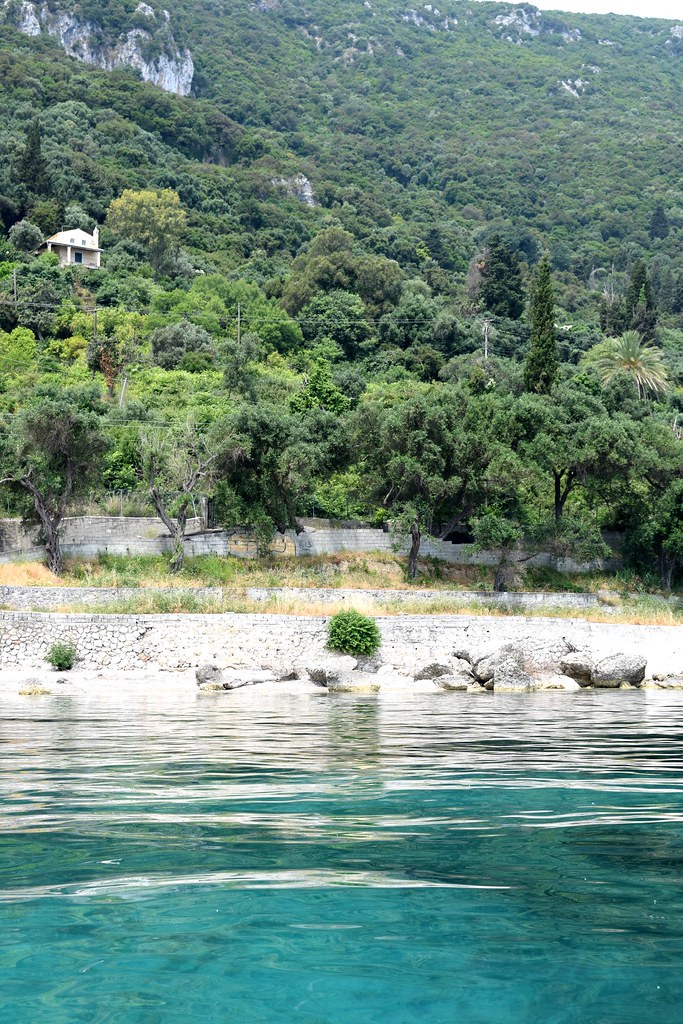 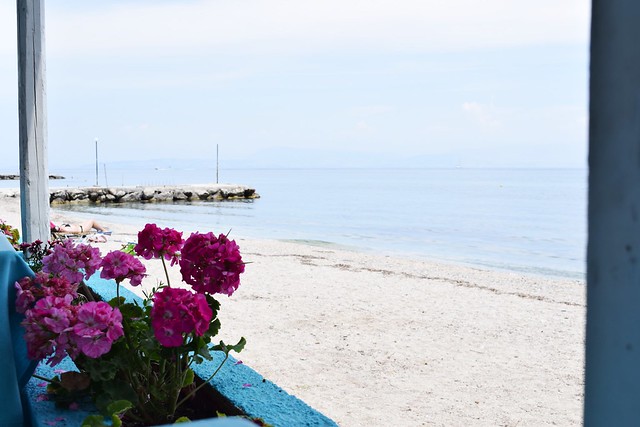 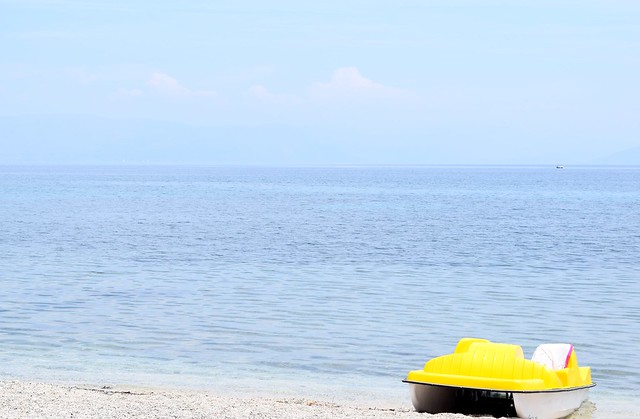 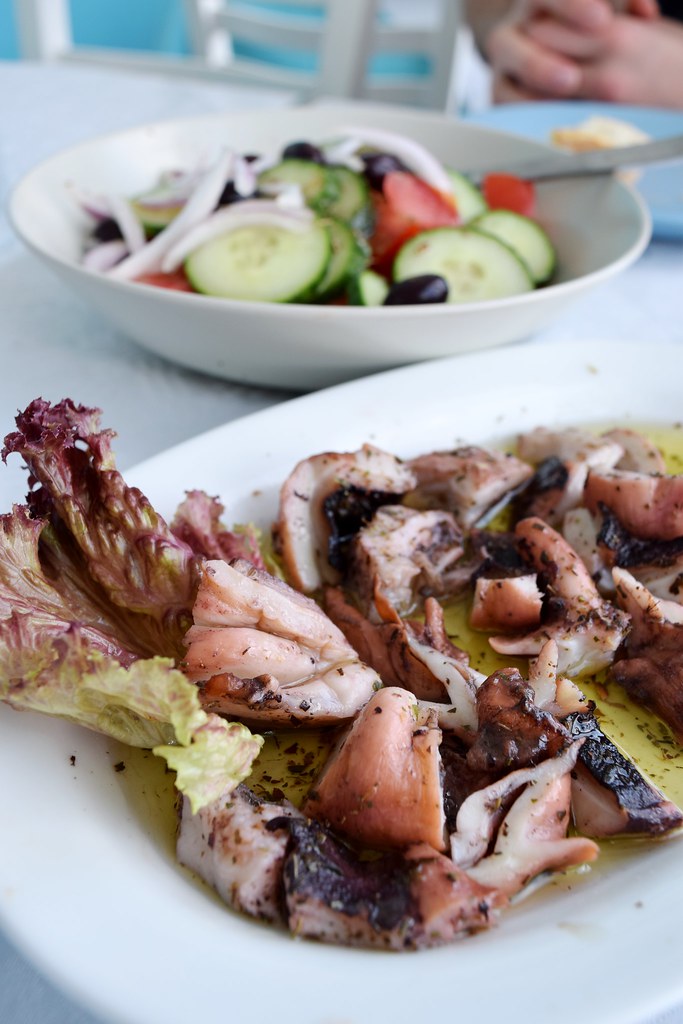 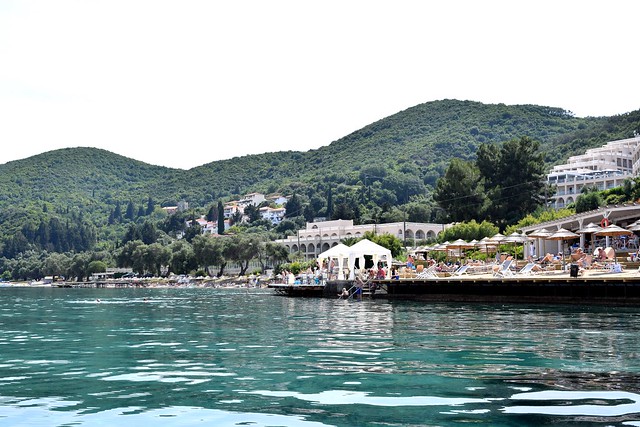 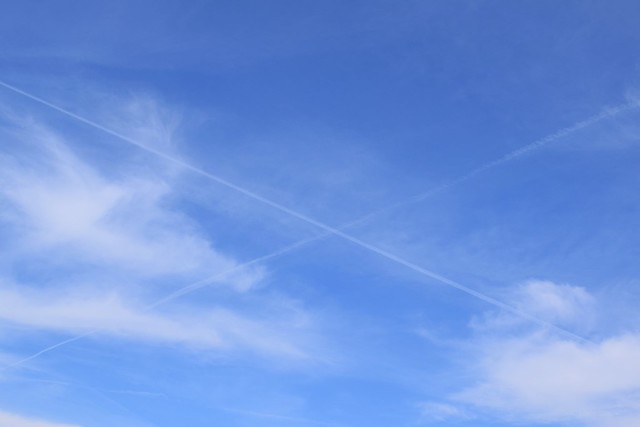 As I am writing this via iPhone, I am sitting in a bench outside the University in an attempt to catch the few rays of sunlight that appeared this evening. Even though I’m back in Scotland my heart is still in Greece-especially with the latest referendum news being all over the place. I hope whatever the citizens decide to be brave, as they have always been, and pay the consequences of their decision. Enough with my random thoughts though now let’s get back in my Corfu holidays, shall we?

On our second day to Marbella we got a pedalo to explore the beach, but instead of just exploring the beach we decided to go to the nearest village that we had in our plans to visit by bus but pedalo seemed like a better idea. I hadn’t been on a pedalo since I was 8 years old when my dad got a pedalo to show me and my sister how deep the sea is by taking us a deeper in the pelagus.

When I stepped on it I was a bit nervous because I had my new camera in my bag so any mistake would result in a disaster. Steven on the other hand was over the top excited and was eager to start pedalling while I was managing our balance and kept bag in a safe-away from the water-place. We left the beach and to my surprise, pedalo can move and take you to a destination way faster than I expected!

We were pedalling relatively quickly-with a few stops in between to admire the views-and after only 30 minutes we arrived to Benitses village. During our ‘trip’ the sun was shining and by the time we got there we were thirsty, hungry and sunburned BUT I had my bag with me, remember? So, I also had my wallet which means we could get lunch somewhere and sort ourselves.

We parked the pedalo in front the beach-making a distinct sound that made everyone in the taverna look at us and scratch their heads, wondering ‘where the hell did they come from?’ We pretended that nothing was weird with the whole situation (just a couple coming out of nowhere, casually parking their pedalo and heading for a beer) and sat in a table. Grilled octopus and a refreshing salad were our starters before digging into the main dishes, always with a beer in hand being thankful there is no alcotest possibility!

On our way back it took us a bit less time to reach Marbella and we found it quite amusing that the people in the pier were still sitting in the same chairs under their umbrellas…and in turn they also thought that we are a crazy couple.

We got back in the hotel (even more) sunburned but extremely proud of our spontaneous adventure, thinking that no matter how tired we felt, one day when we will be back in Scotland we will be thinking of this…and this day is today 🙂

Places // The Apiary Restaurant in Edinburgh

London // In a bright yellow mood

Travelling // In a leopard coat

Weekend as told by my camera