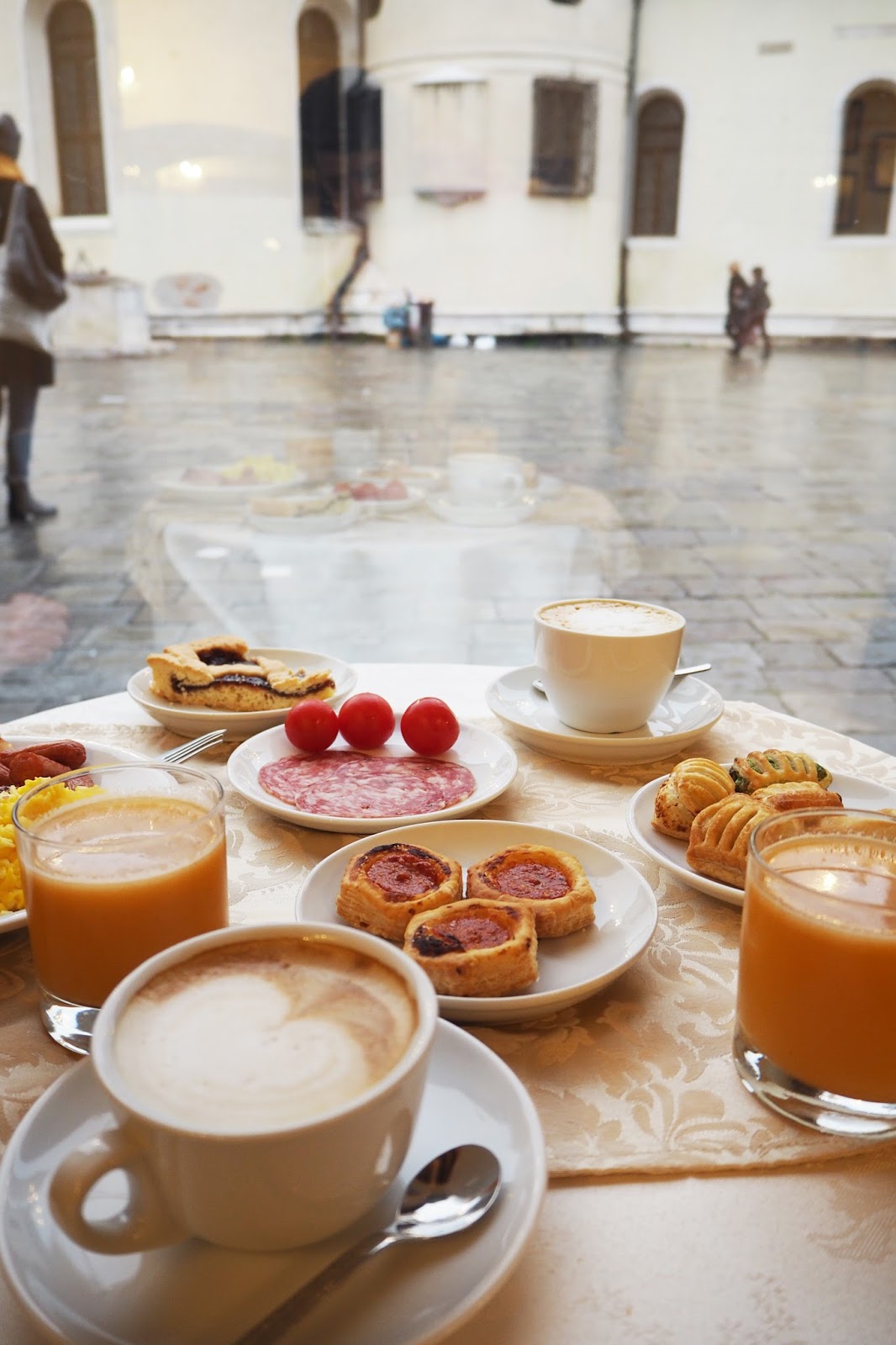 On our first full day in Venice, we woke up early to allow ourselves have a slow morning before exploring the island. Even though we both agreed from the previous night to take the breakfast in bed option, however seeing as it was a great day, we decided to go downstairs since the main sala had a view across the main square. 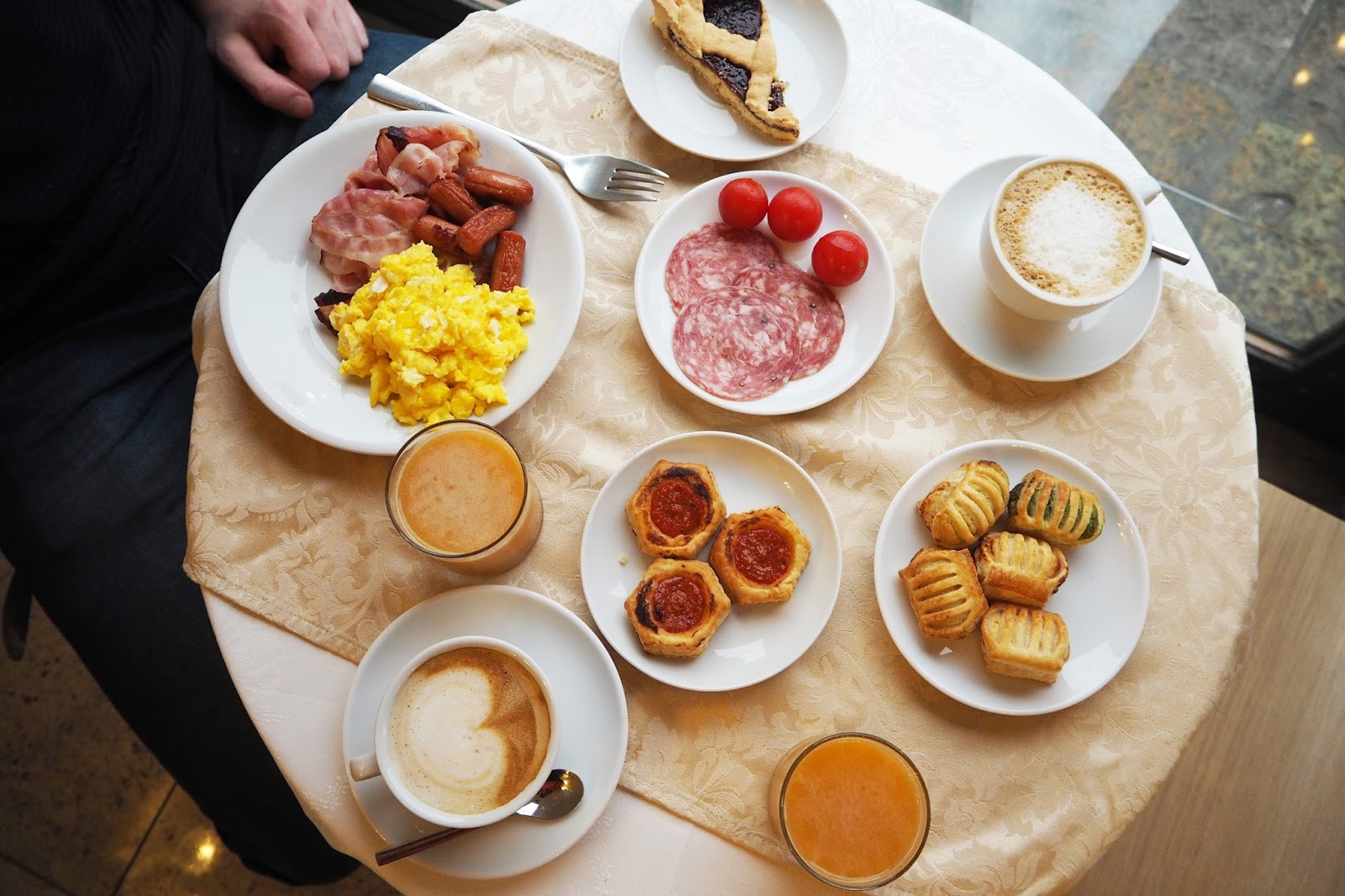 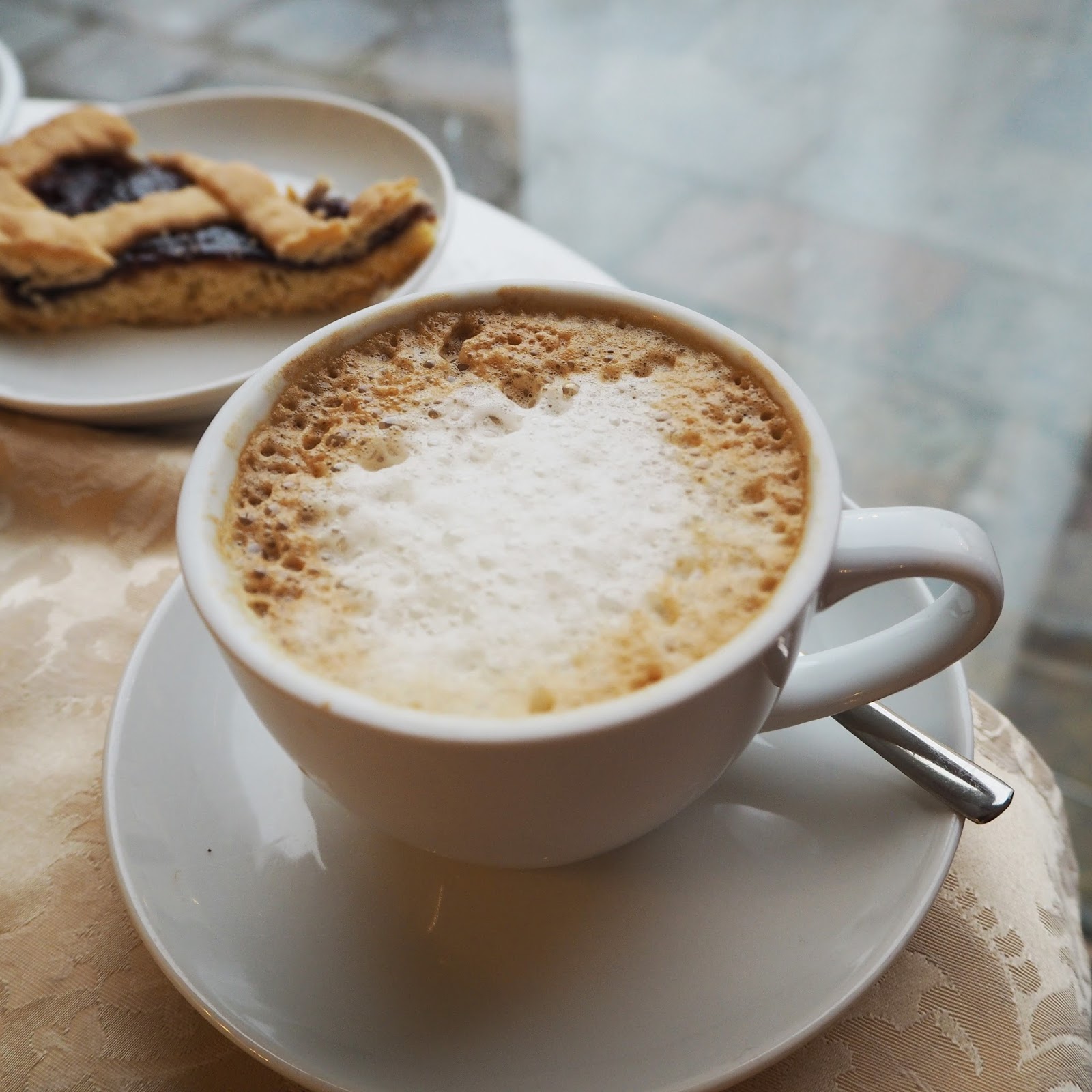 We filled ourselves up on freshly baked pastries liberal amounts of aromatic cappuccinos, toast with honey and salted butter, eggs, sausages, bacon, and yogurt with fruit on top, before heading out for a new day of exploring. The hotel offered a great breakfast food selection and we both loved the fact that there was a jug of fresh bio juice on each table. I can’t even remember how many times I re-filled my glass, as it was so refreshing and tasty! 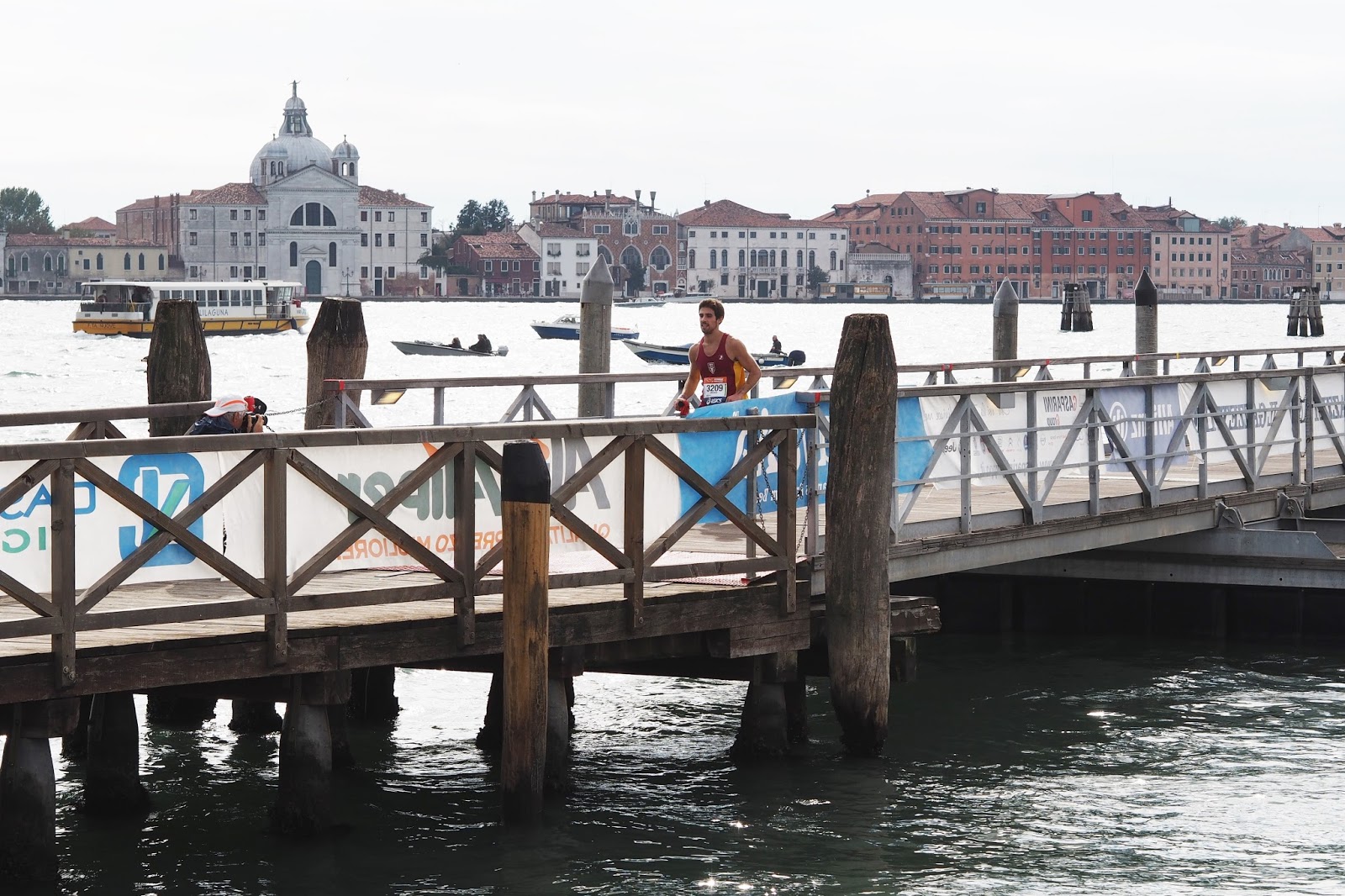 There is no metro, taxis or cars allowed in Venice, however since it is a small island you can walk around the streets and see everything within three days. We decided to see all the places we saw last night during the daytime, and of course to make the obligatory pilgrimage to Saint Mark’s Basilica!

Not long after we arrived at the Grand Canal (which by the way was only a five minute walk from our hotel), we saw people holding t-shirts with numbers on them, looking as if they were about to go on a race. Apparently, on that particular day it was the day the annual Venice marathon is being held, something we realised soon enough, after seeing police officers restricting access to some areas. 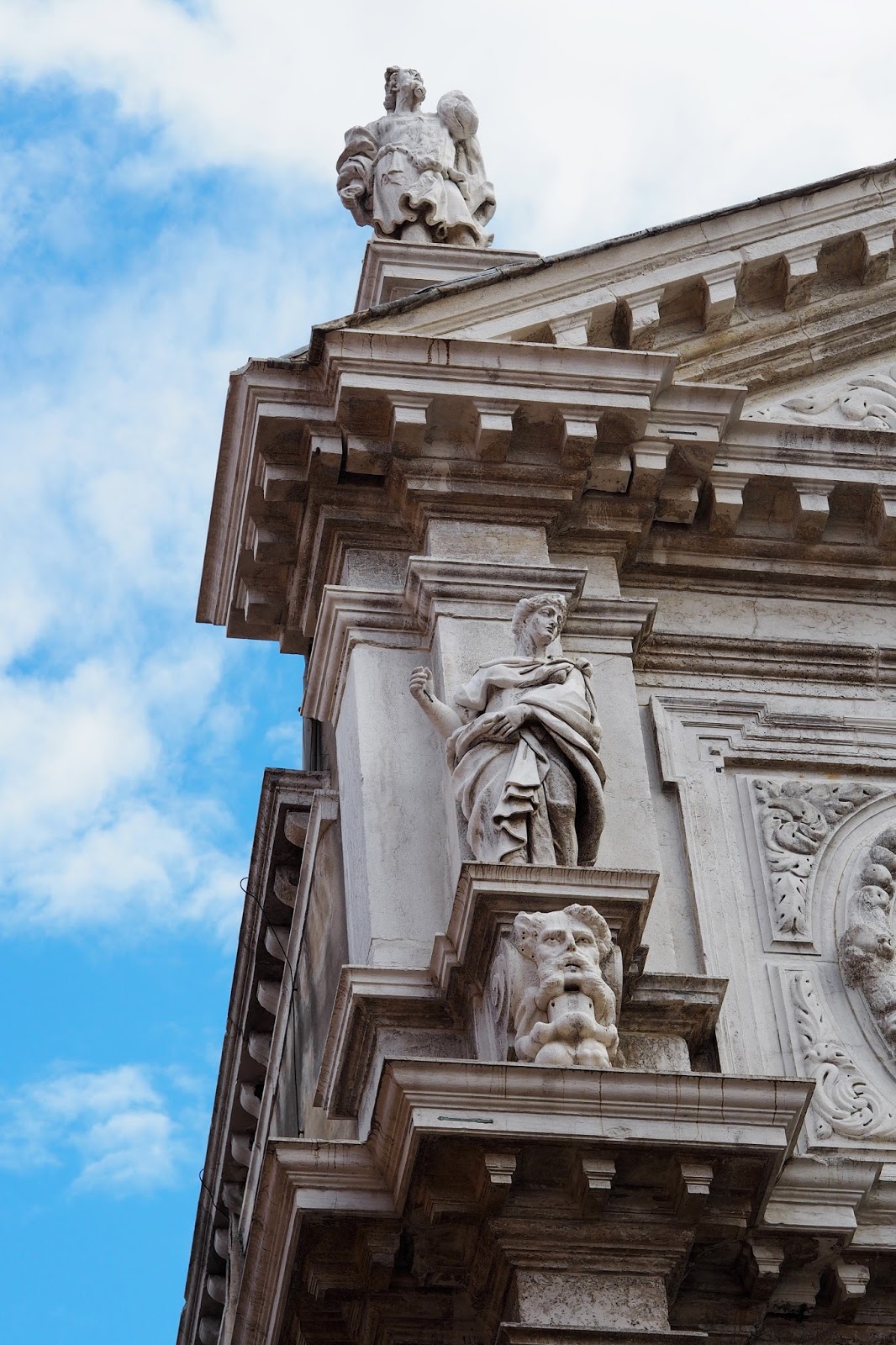 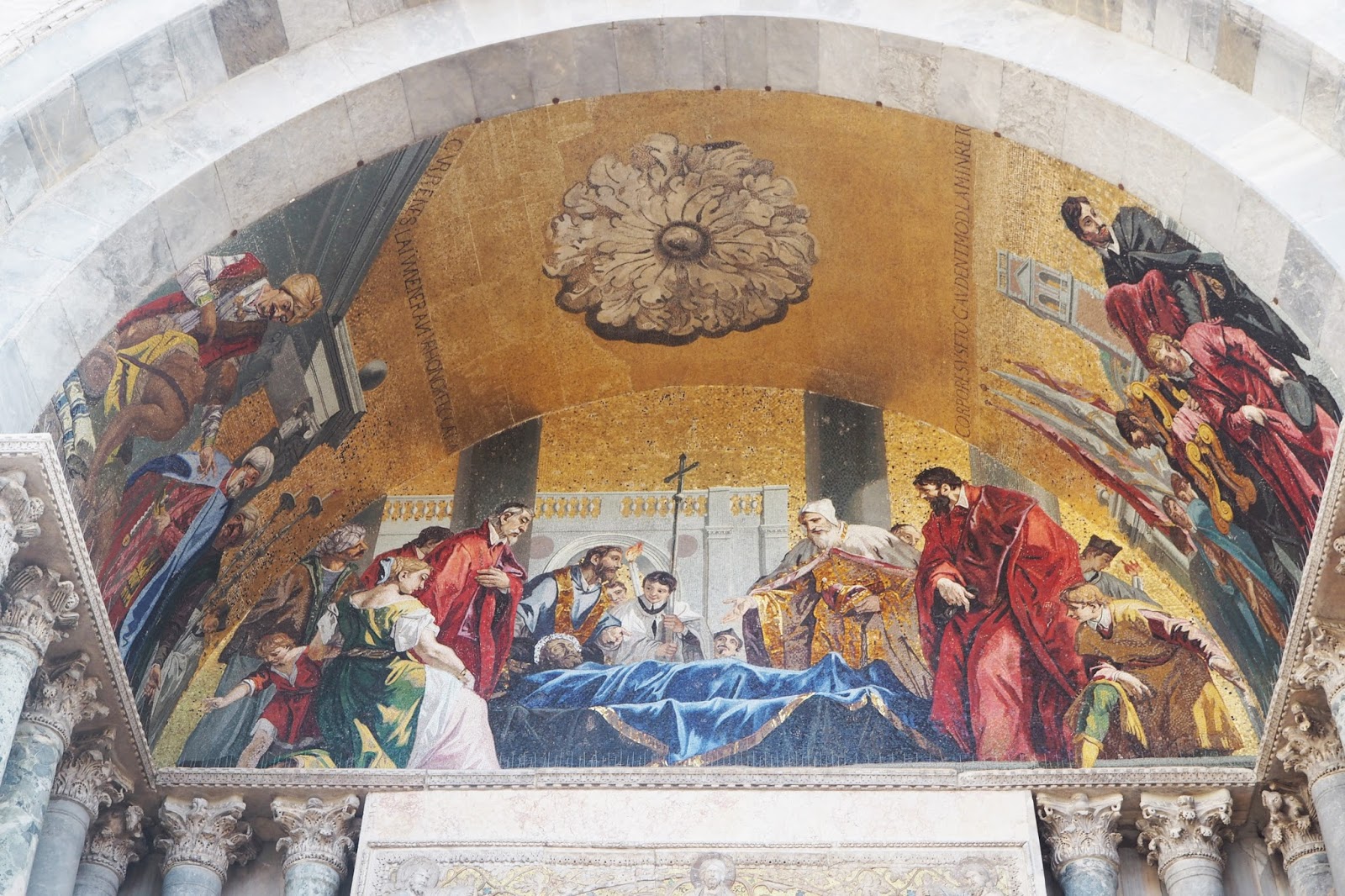 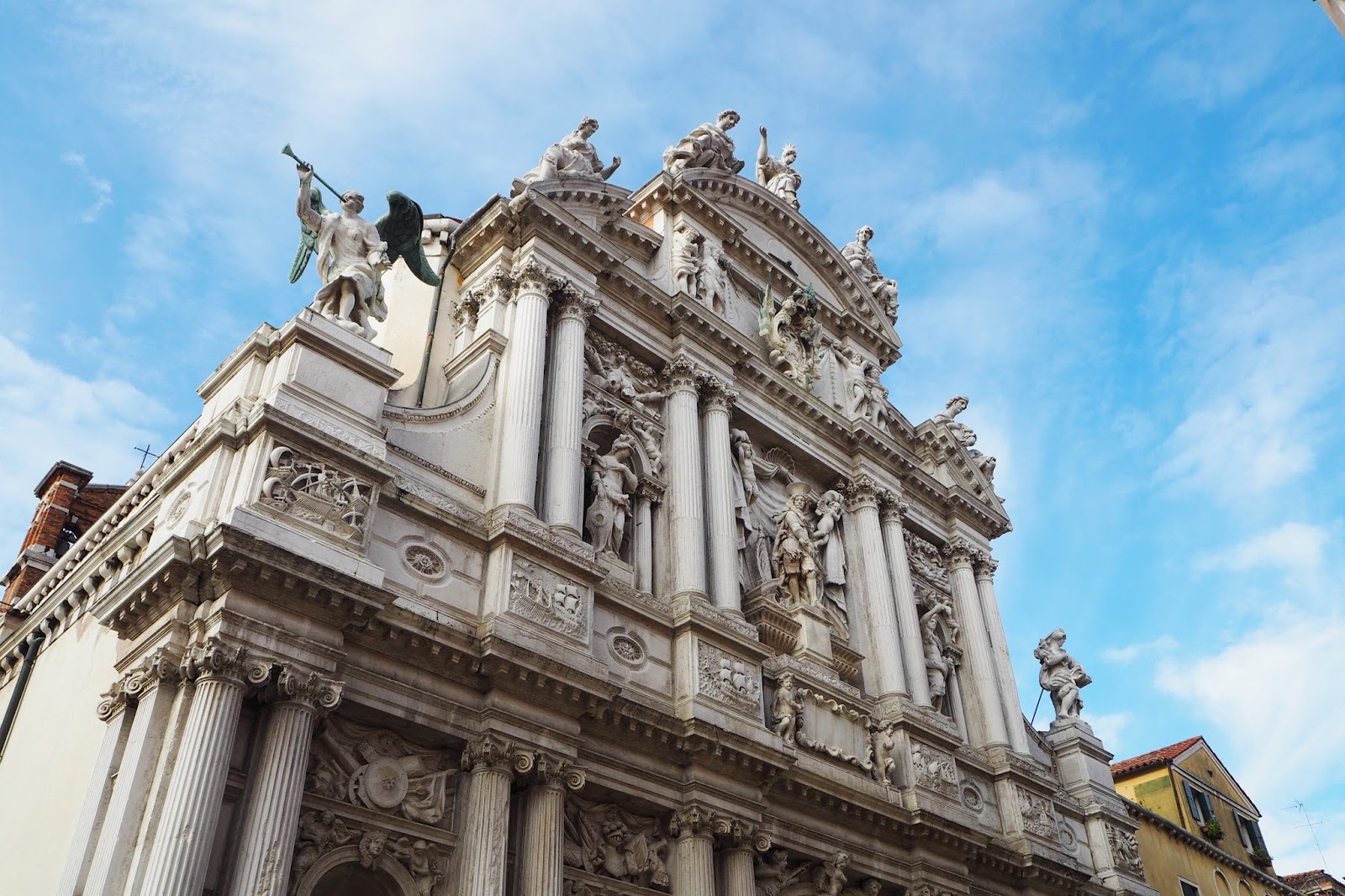 The area around Piazza San Marco is very touristy and crowded, and so since we couldn’t move much further, we decided to sit and have coffee at one of the central cafes. A sidenote, whistl we are on the topic of restaurants and cafes in Venice, one thing you should always do prior sitting in a place is checking the menu. We were surprised to see that for a glass of Coke or Fanta you were asked to pay 20e(!), for an espresso 6e, and for a pint of beer 15e! It made us wonder on many occasions where do the locals go for a drink or coffee… 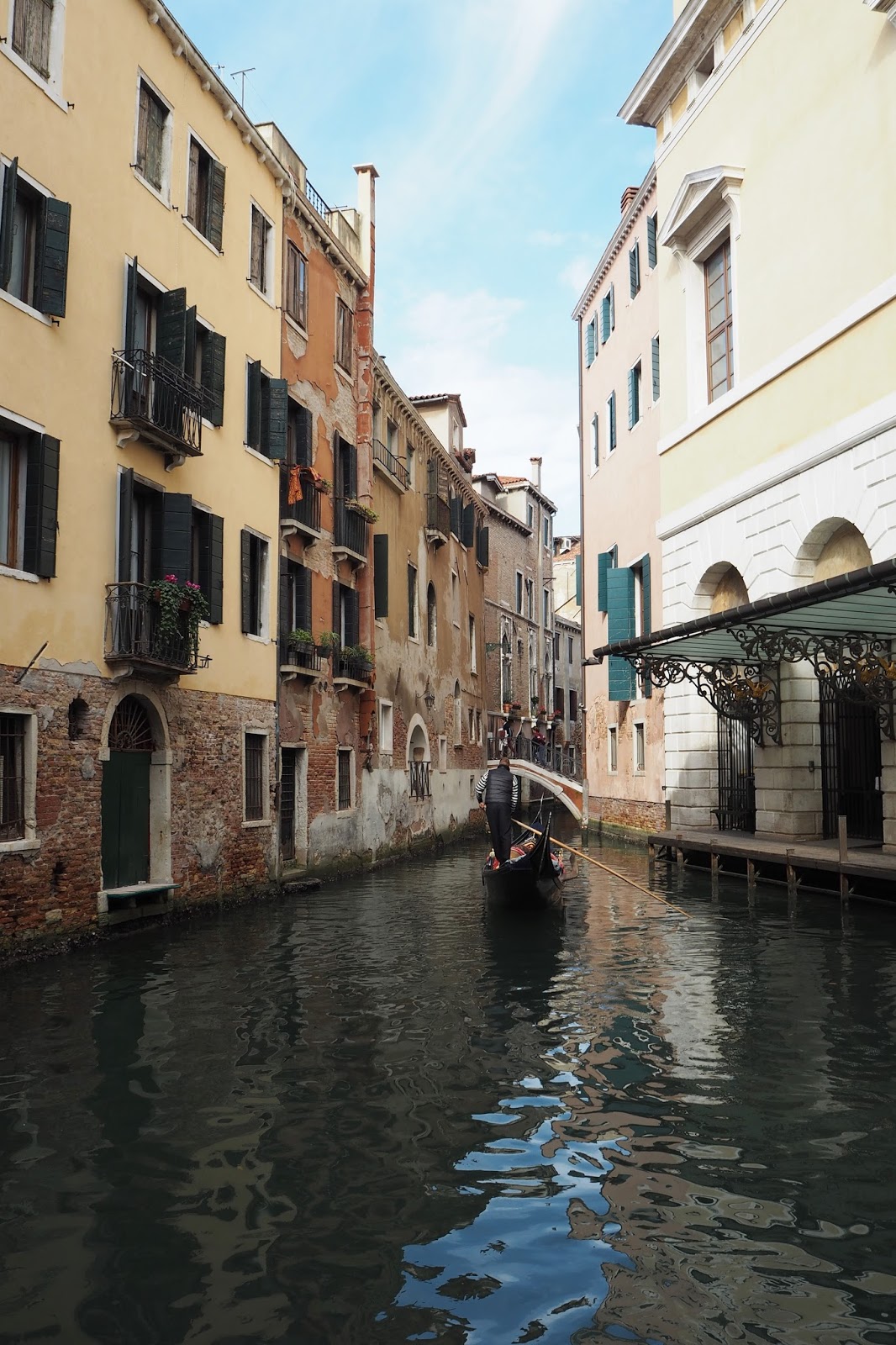 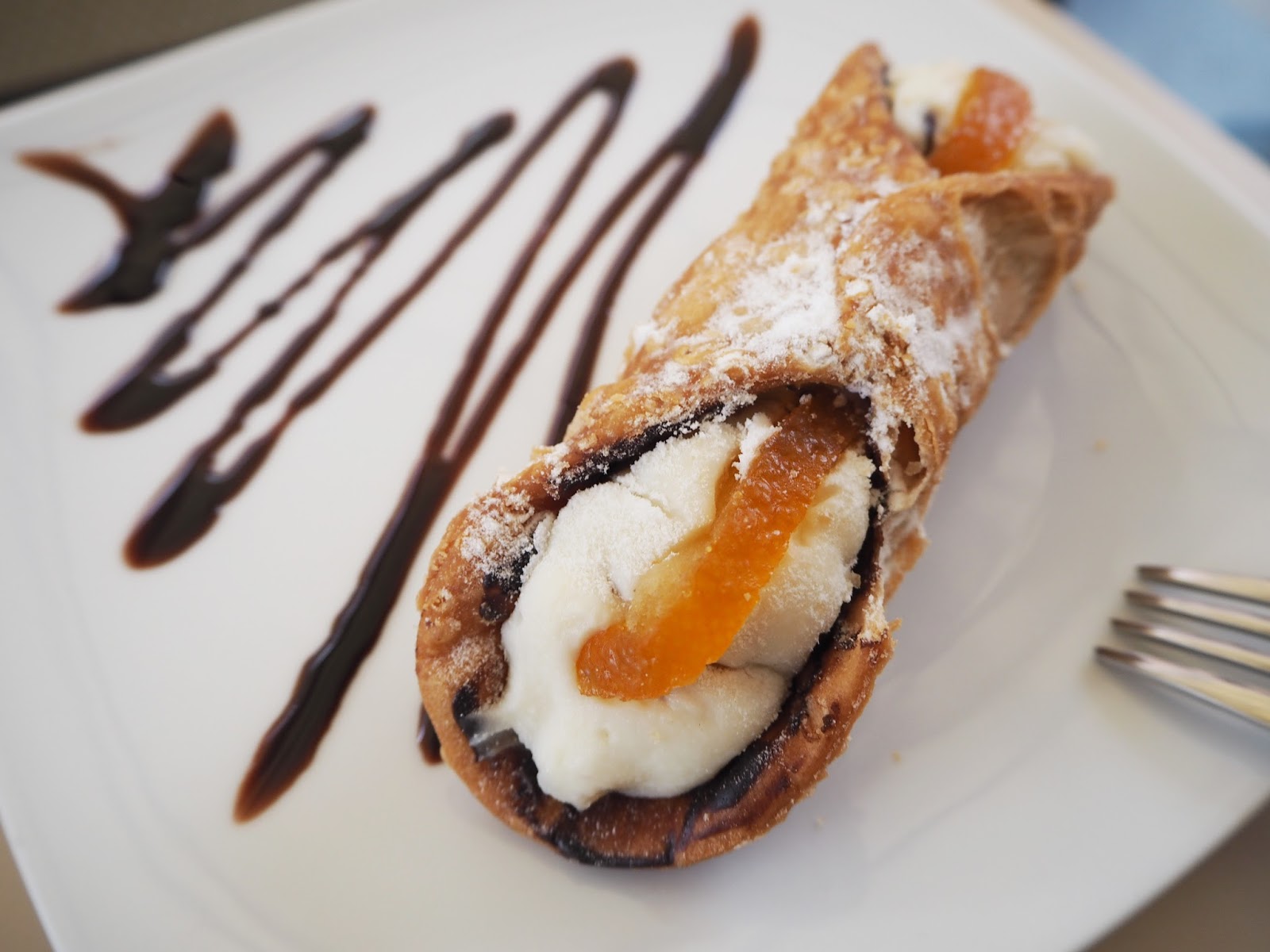 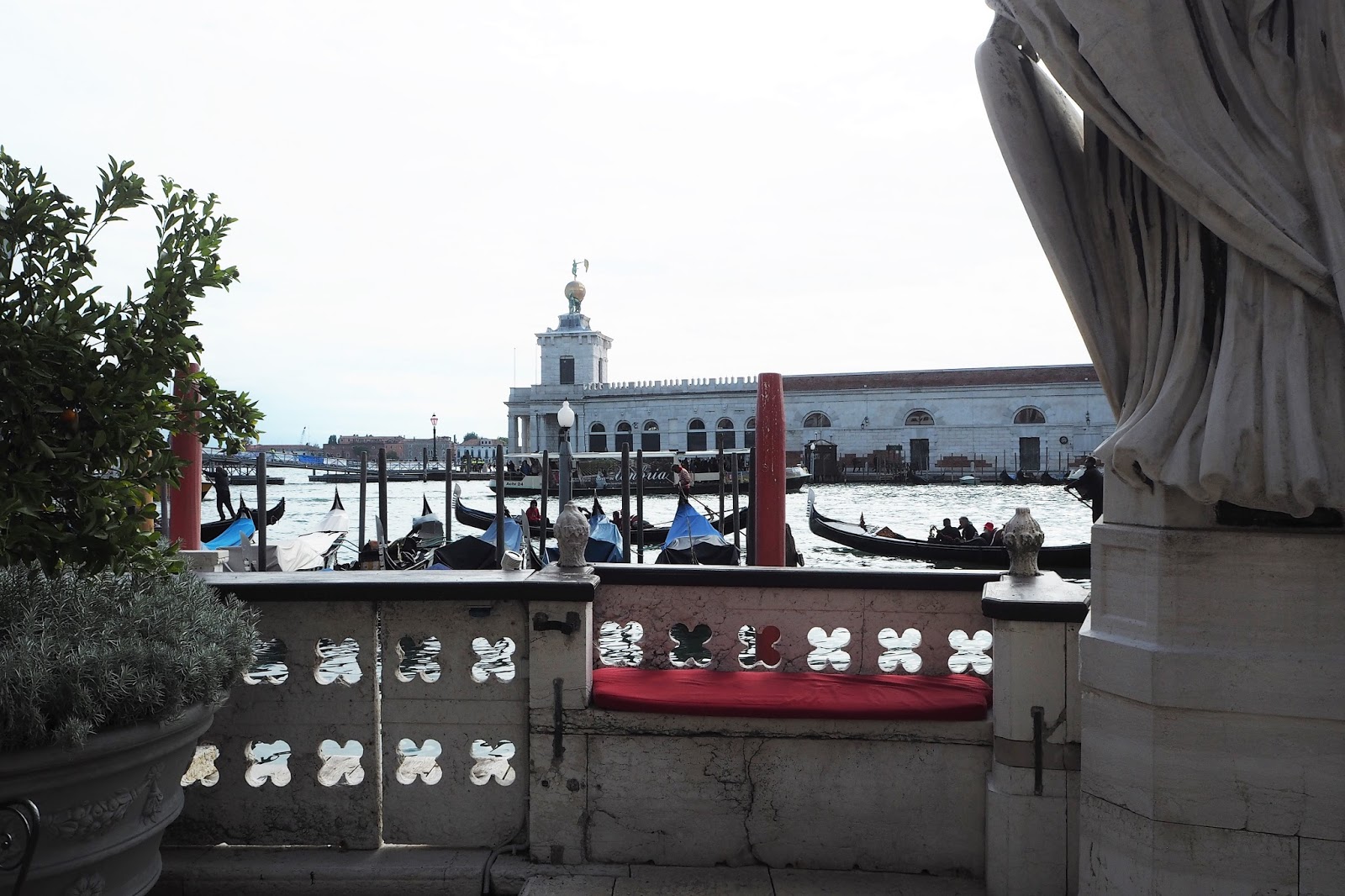 After snapping a few photos, and trying to vlog our morning, we went to Bauer hotel for tea at the ground floor veranta, overlooking the canals. Watching the gondoliers wearing their black and white shirts, with red hats, telling stories to couples while sipping hot tea and eating cannoli was pretty spectacular and totally got us in the Venetian way of living. 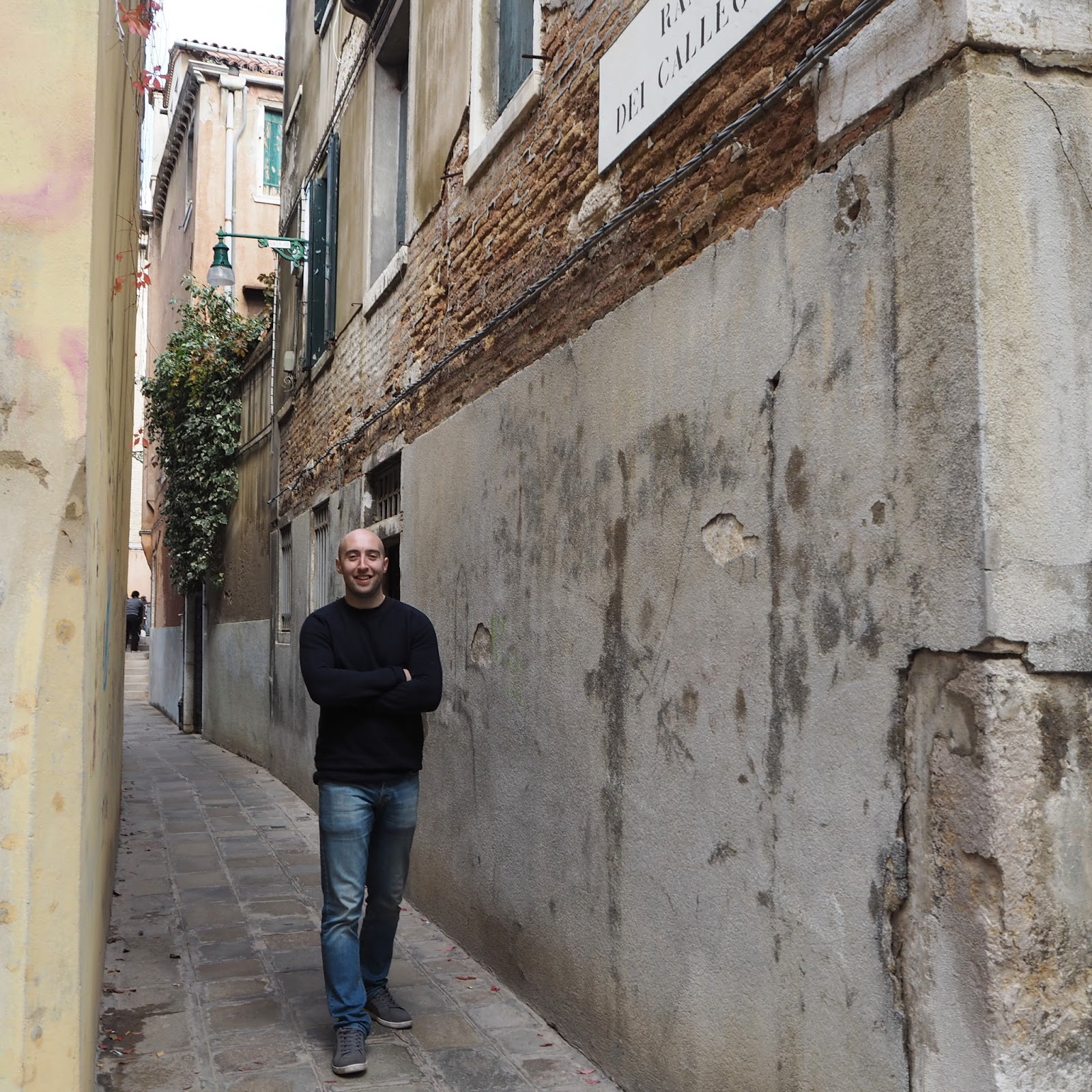 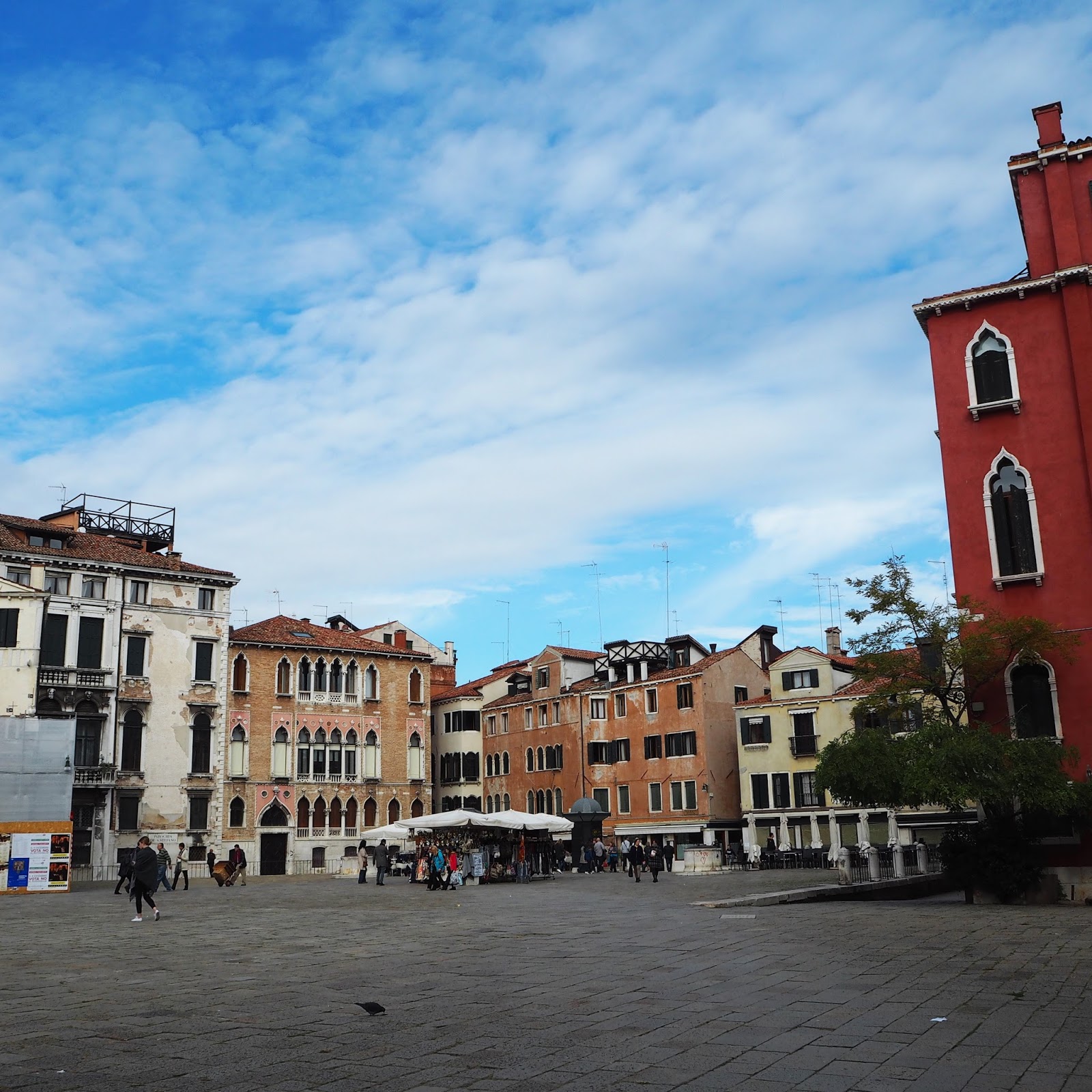 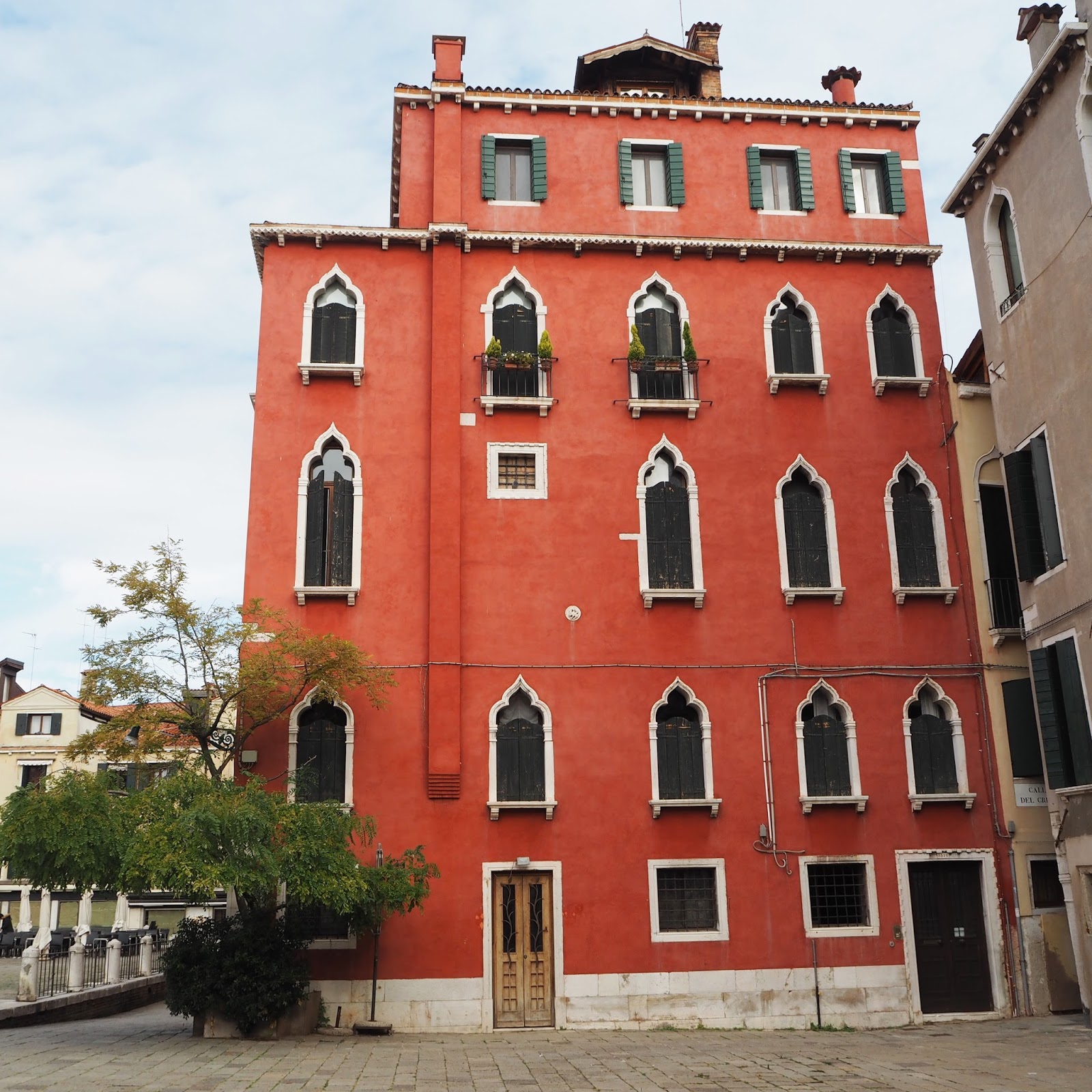 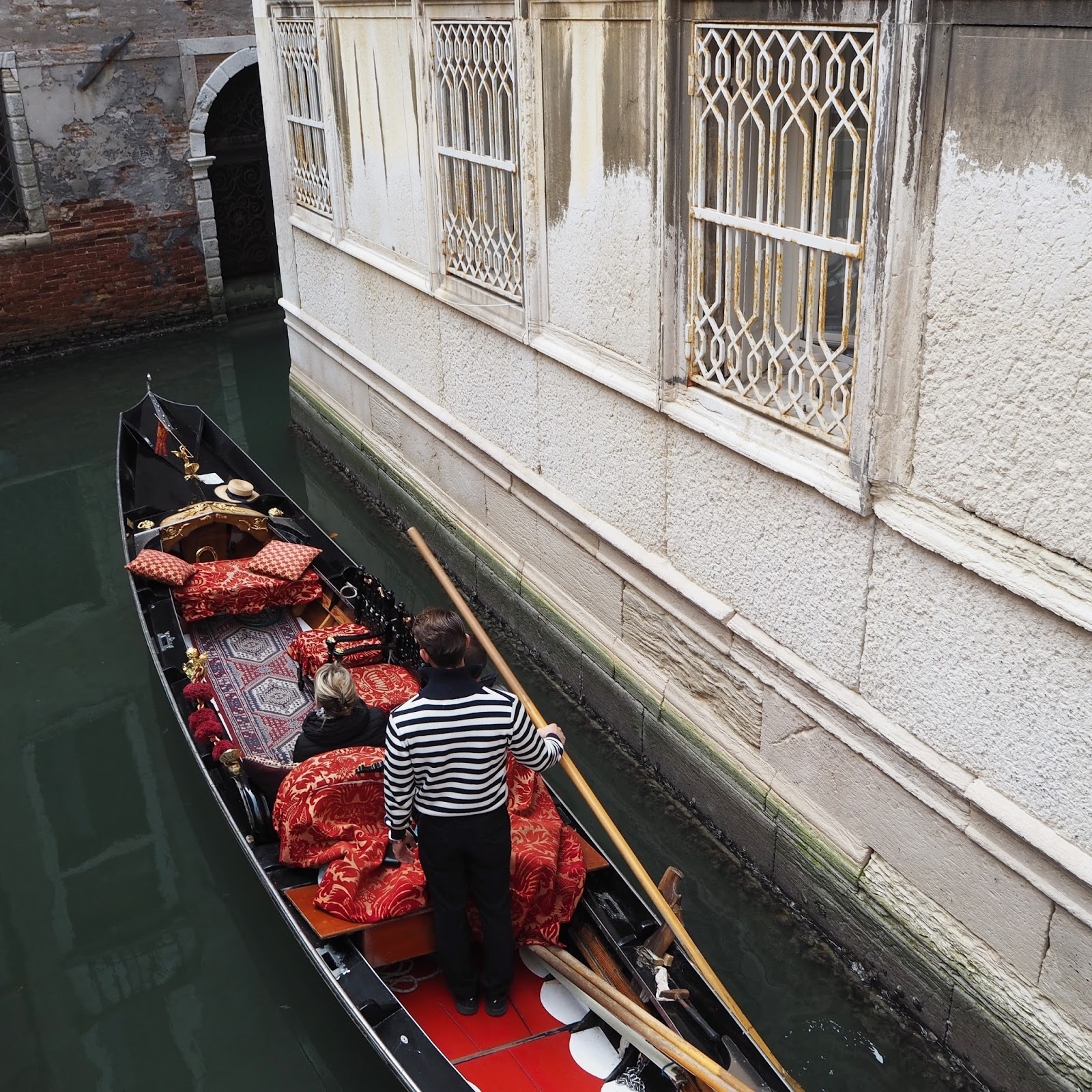 As we kept exploring I turned to Steven and said ‘surely there can’t be a more beautiful place than this?‘.
Everything seemed to be built by the best of the best architects, the colours were spectacular, the streets smelled like freshly washed clothes since most housewives would hang them to get dry in their balconies, the windows were decorated with roses and at moments it all seemed like scenes of a movie!

Hours later and we stood on top of Rialto bridge, looking far into the distance, watching the sky getting dark, as the sun was hiding behind the buildings. Among many other couples we kissed, as cheesy as it may sound it is apparently a thing to do on top of the Venetian bridges, and who are we to refuse such tradition! 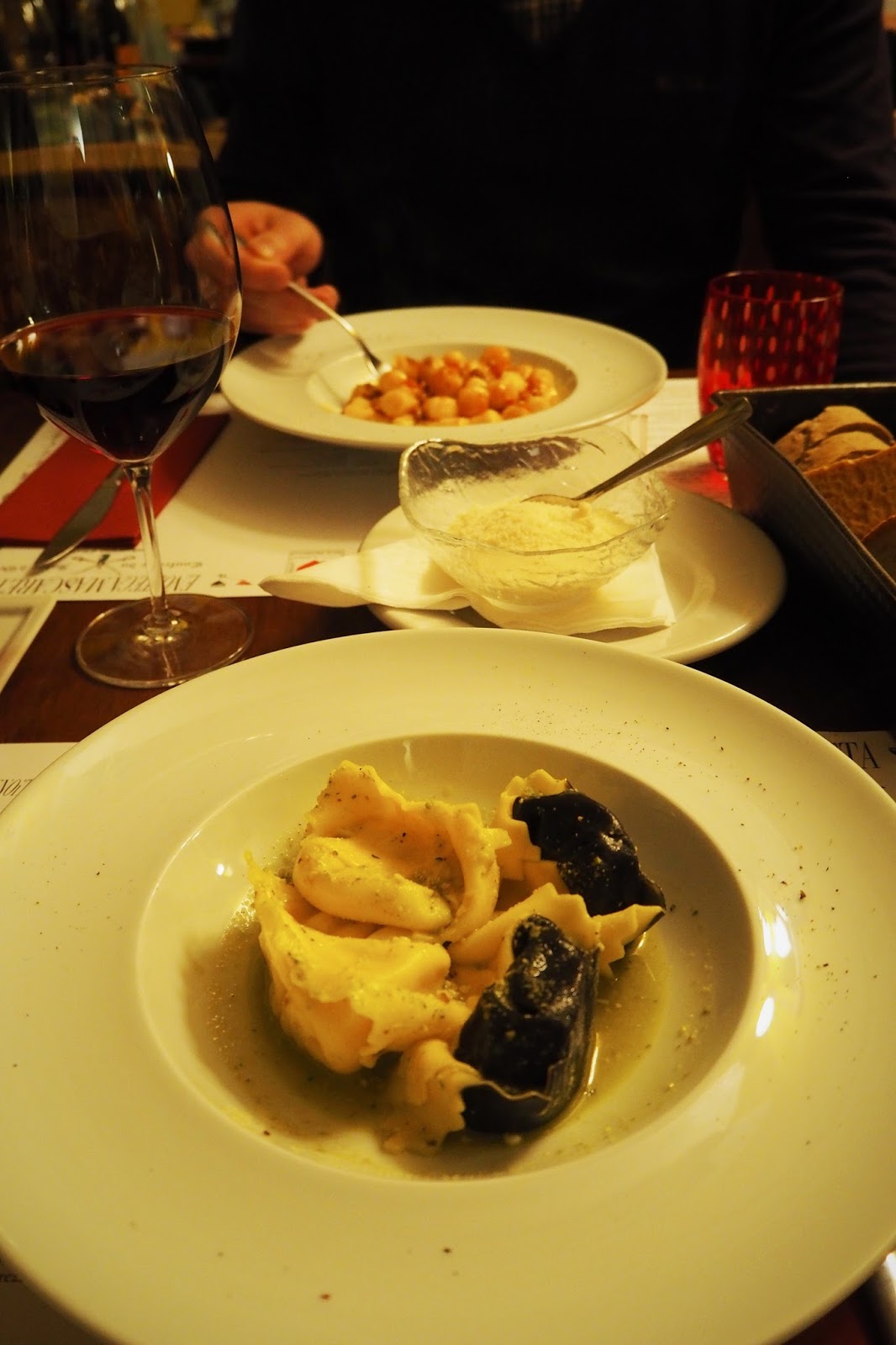 The evening that followed we had dinner at a small restaurant loved by the locals. The chef and owner is one of the funniest persons on planet, and he also happened to participate at Italy’s Master Chef, making him even more famous. His face is everywhere in the restaurant, caricature portraits on tissues, proper portraits on canvas, photographs from newspapers, his face everywhere, even on the aprons of the waiters and the bottle of our wine! The menu is quite different than the usual Italian menu, I had tortelloni filled with sea bream and Steven got the homemade gnocchi and lamb with vegetables, all very delicious! We accompanied our food with wine and even though I was full and I could barely finish my dish, I also had tiramisu for dessert (which came in a dish the size of my head). 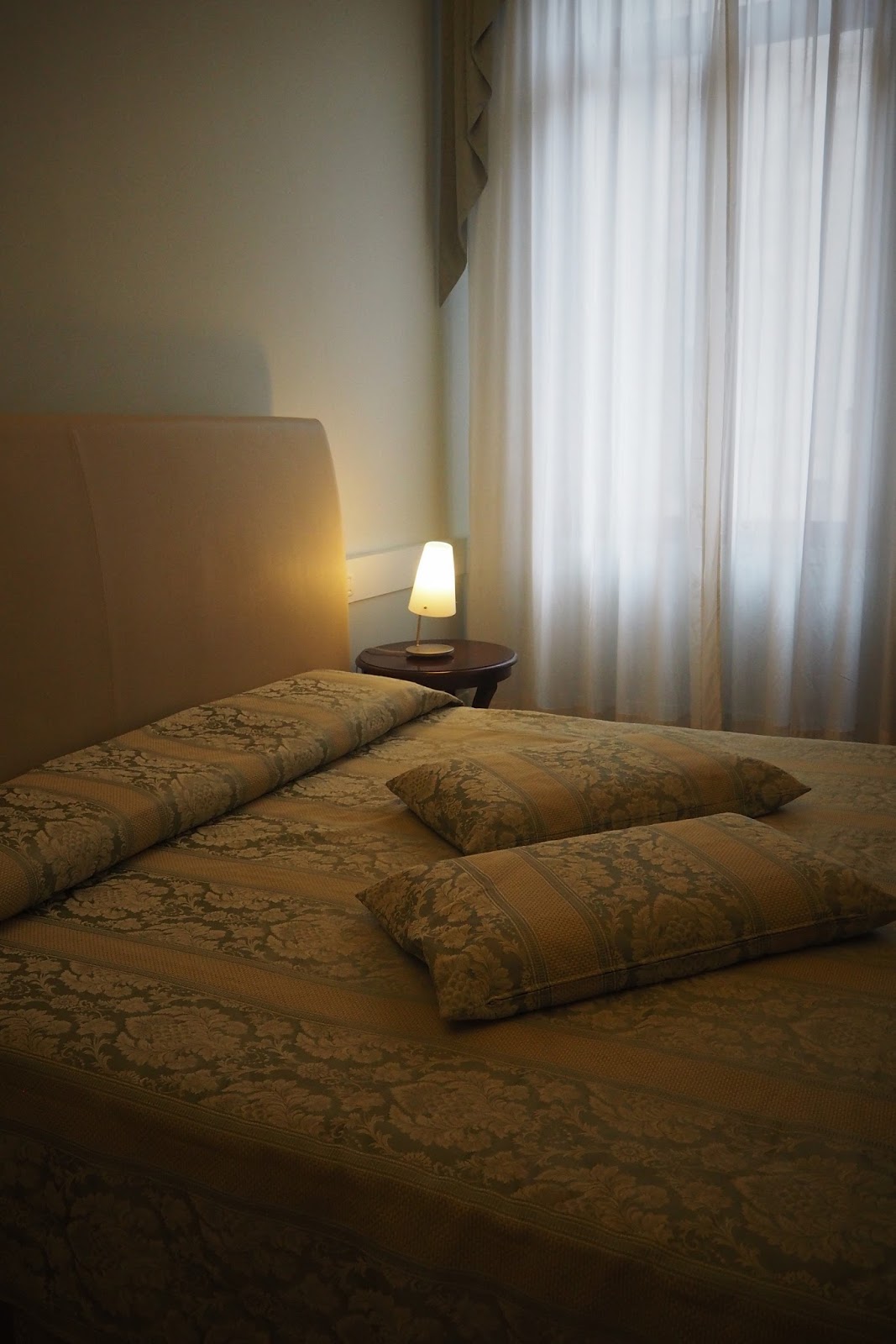 Thankful that the hotel was just a minute walk, we got our jackets on and walked our way back to our room.

To Venice and beyond!

Cave of the Apocalypse, Patmos

5 Things you Have to See at the Kelvingrove Museum, Glasgow